You’re getting two posts for the price of one today. One I wrote Wednesday when I was in a bad mood, annoyed and my feelings were hurt. The other I wrote several days later when I was feeling more like myself. 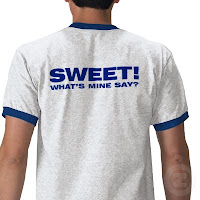 So for the first part of this post let me tell you a little more about Nick. I feel that I do a good job telling you all about Nick’s good point. There are many! He is loving and funny and calm and good natured. He does the cooking, much of the cleaning, the grocery shopping, the laundry, the yard work. He listened to my gripes and complaints about work and commiserates without telling me what I should do about it.

He is a wonderful spanker (when I can get him to) and a skilled and thoughtful lover.

He pets me and pampers me and spoils me and I think that any of the bloggers I’ve had the privilege of meeting in person will confirm this.

But as good as he is there is another side of him. No one is perfect and like everyone else Nick does have bad habits. And while I am not, and never will be a husband basher, I feel that if I can point out all his good points here I should be able to use this blog to gripe about him when I need to.

So I want to point our some of Nick bad habits. Here goes –


• He makes me trim his hair. I know I am going to screw up some day and gap it (there’s an idea to get him to stop asking!).

• Occasionally road grumpiness (I can’t call it road rage but I still don’t like it).

• When he does spank, it’s not long enough.

• When we do make an attempt at discipline he is not consistent.

This is the one I just can’t put up with any longer! It was this short coming that caused me to write the post I wrote several days ago. Here’s what I wrote…

Wednesday we took Mollie to the science and math camp she was selected for. It’s about 180 miles from home. Although she has been going to a week long camp each year since she was eight she was a little nervous when we got there. But she seemed to quickly warm up. As I write this after we got home Wednesday she has already text that all is well and she’s having a great time. We’ll be picking her up Mother’s Day.

Something happened on our way back from taking Mollie Wednesday that made me think of my mother and something she used to do. Mom and dad owned their own business and so they worked together every day. After I left home my mom (like me now) didn’t like cooking too much. Often she would start hinting to my dad in the late after noon. Over several hours she would say things like ‘I don’t know what I want for supper tonight’ or ‘I don’t feel much like cooking tonight’. Maybe later she would say ‘I don’t think we have anything at the house to fix tonight’. Now all she wanted was to go out to eat on their way home. But she would never ask directly and my poor dad was no good at all in picking up these obvious hints.

Now if she had said “Let’s go out and eat tonight.” Dad would have said “That’s a good idea, where do you want to go”. But she preferred to continue to do it her way. I was often exasperated with her when I would find her mad and pouting. I would tell her “So you really enjoy being mad at Daddy for not reading your mind more than you enjoy eating out?”

What Daddy got from all the supper comments was ‘She tired, not much food at the house, guess I’m make myself a PB&J when we get home.” What Mom got from him not taking her out to eat was hurt feelings and the thought “He doesn’t care about me.”

So what happened to make me think of this? Nick won’t read my mind either and sometimes it hurts my feelings and I think he doesn’t care. I guess I was hoping he would say something about my posts last Sunday and Tuesday. I don’t know what I wanted him to say, but something. I did ask if he read the first one and he said yes but that’s all. But coming back from taking Mollie he spotted a sign for an adult toy store,

When he pointed it our and made a commit about it I was thinking, “Well, maybe he is still interested. After all, Mother’s day is coming, and our anniversary – we have 3 full days alone! We’re a hundred miles from home and we're all alone; this will be a great time for a shopping trip!”

But as we neared the exit I realized he wasn’t going to stop. I guess it had never really occurred to him, I just thought it had. He had just been pointing out the sign. But because he didn’t read my mind, it hurt my feelings and I felt like he didn’t care. Now just like my mom wanting to eat out all I had to do was to say “Let’s stop and look around.” But I didn’t. I wanted him to want to.

So I just got quiet and nursed my hurt feelings. I should be over getting upset when Nick doesn’t read my mind. I guess I own Nick an apology for not just saying something. But I also might owe my mother an apology too. Maybe I understand a little more how she felt.

~~~~oo0oo~~~~
I let this bother me for a day or so but I never said anything to Nick because I knew it was stupid to have let me bother me in the first place. By Friday I was feeling better and by Saturday (with some attention from Nick) I was feeling much better. But that’s another post.
Posted by PK at 12:01 AM