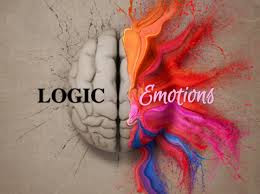 Hope you don’t mind reading, cause there is still a lot swirling around in my head. I feel more relaxed since Nick and I have been emailing. I have learned that once Nick ‘takes up the cause’ I need to let him do it in his own time and I’m in no rush right now. The fact that he’s thinking about it seems to be enough for me at the moment.

I’ve asked before how many of you out there have been spanked to tears. I know for some it occurs nearly every time, for other, never. I’m in the never category. I don’t think it will happen, because basically he’d have to beat me half to death. It's so strange, I can be watching a sad commercial and tears will be silently running down my cheeks – but it’s not going to happen during a spanking.

What about this question – have you ever been spanked to anger? I’m not saying you started the spanking that way. It would take a very brave, or very stupid (mostly stupid) man to actually grab an angry wife and try to spank her. I’m rarely that angry and Nick is NOT that stupid. But what if he were spanking and he kept it up long enough for me to get angry? What would he do – stop or spank through it.

Now I have a safe word. I could stop the spanking in an instant. But I have rarely used it and I don’t want to. I guess what I’m really wondering is, what would be on the other side of tears or anger? I’ve never been spanked to – emotions.  I’m very guarded with my emotions, and I don’t let go easily. It’s almost like if I let them go, will I ever be able to get them back? Will I ever feel safe again? Or would I forever feel vulnerable?

Something I heard in college as I was studying to be a teacher stuck with me. For classroom control, they told you, “If you don't want them to get your goat, don't tell them where you tied it.” It's the same with emotions – it’s dangerous to let other see your emotions, they’ll know your weaknesses and how to hurt you. I don’t know why I have this fear. My parents were the best most loving, supportive people in the world. I’ve always had good friends who haven’t hurt me or betrayed me. And then there’s Nick – the best man ever, who would never intentionally hurt me. Yet I still feel fear, a tightness my chest when real emotions are about to come out.

Ahh… wouldn’t a shrink have fun with me?

Would Nick be pleased? I’m not sure.

Give up or move forward?

This is a deep plunge into my thoughts, you should probably start back here.

I wasn’t surprised by Nick’s email. But I wasn’t sure how to respond. I did email him back and I’m still not 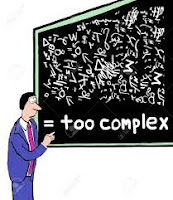 sure I said anything right. It shouldn’t be so complicated at this age and with a marriage of over three decades. I’m the one making things difficult. If I’d never brought the whole TTWD up in the first place, we wouldn’t have this confusion. Of course, we’d just be pleasant roommates too.

Here's what I wrote in blue.

I think I’ve been very unfair to you. I mean this seriously, and I apologize. That doesn’t make me a horrible person, but I think I’m seeing it for the first time. I wanted real discipline without taking into account nothing I do on a daily basis warrants it. So, I’ve been making up stuff and trying to get you to make up stuff to ‘fit’ what I wanted, but you’re right, making it up just puts it in the ‘not real’ category.

I’ve thought about this a long time, well fifty years to be honest, but I mean a lot lately as I’ve wondered if I should let it go. I was searching in my mind for what I really wanted out of TTWD. With all this emphasis on spanking, I realized that what I was really looking for was the closeness I’ve seen spanking bring to our marriage and to the marriages of the friends I blog with.

Spanking is a form of intimacy for me. When we first began spanking, I felt closer to you than at any time in our twenty-three years together. We talked, we emailed, we shared ‘looks’, we touched more, there was an awareness of each other that was the best thing I’d ever felt. I know that had its own honeymoon period that couldn’t last either – but I miss that as much, or more, than spanking.

You know there are many days when you tell me good-by as you leave in the morning, you then come home tired, we discuss politics for a half hour as you read various news sites on your computer, we watch TV quietly, then you tell me good night. And you know what? At our age, there’s nothing wrong with that – but it shouldn’t be every day. I think this is something we could both work on. We don’t need huge changes. Little things would do. Maybe a text or an email several times a week with just something we love or admire about each other. Maybe a pat on the butt when we’re out in public. I don’t know – just something. If only we could be consistent in remembering.

I fear becoming our parents – and I’m talking before they got sick. But both sets of parents seemed to ignore their spouse unless they were mildly complaining. I could be wrong, maybe they were tying one another to the bed and asses were getting spanked all over the place, when they got us out of the house, but I’m guessing not.

I want us to be the couple who holds hands occasionally when we’re out, who laughs and teases with each other, doesn’t mind the occasional kiss in public or a pat or pop on the butt. I want to be close enough that others see us as the happy older couple.

We both need to work on trying to be closer. I talk more, but as I've said, I'm hiding behind wall of uncertainty that keep me quiet on the subject. Nick come from a quiet family. Through example, if not by direct word they were taught not to discuss emotionally things and of course, to never hit a woman. Boy, I've screwed up what he grew up believing. Poor man.

As I told you yesterday, Nick said:

“At this point I feel that you do in fact deserve a spanking for retreating silently and consider giving up.”

And I answered him,

If you seriously want to keep trying for this lifestyle, think you’re probably right. I pretty much had decided to give up and without discussing it with you. I think I did give up. I wasn’t planning to bring it up again. I was ready to let us become the couple who lives together in peace while never ‘being with’ one another. It seemed the easiest way. I’m sorry I didn’t plan to fight for it harder.

In a separate email Nick, had said he felt I should also be spanked for my lack of effort in controlling my weight and other health issues, but that I now seemed to be uninterested.

My answer in part was,

I’m not uninterested, but getting a real spanking once every six months or so with just a couple of pats in between can be both frustrating and a bit scary. I’m thinking ‘Are we doing this again?’ that plays with my emotions and I’m also thinking ‘can I take this? I haven’t been spanked in a long time.’

This may be straying from the point but I remember back when when we began, back when I could convince myself you were very serious about a spanking and it was the real thing – I could take anything. I was usually quiet as I absorbed it physically, mentally and emotionally. Even I marvel at some of the spankings I could take. But when it doesn’t seem real, when in my mind there is nothing serious behind it and you’re just doing it for kicks, because you know I like/need it, I become a wimp. Four or five good lick and I’m ready to call a halt to the whole thing. I guess these thoughts worry me. Which I’m guessing leaves you wondering, ‘do I spank her long and hard or do I go light to begin with’ – and I can’t tell you, because I don’t know.  How’s that for helping?

Don't worry about my hand, that's not what will be hurting!