Welcome back to Fantasy Friday. Today's story was written by Scout. She never had her own blog but we emailed for a while and I always enjoyed her comments. This is a story I can really relate to and I'm guessing that a lot of you can too. Please enjoy...

~o~
Thank you, Scout, wherever you may be now. Please know that your contribution is still being enjoyed. Almost makes me want to go back in time and try again. If you have a story you would be willing to share with us please send it to elisspeaks@yahoo.com

And the wall came tumbling down. It’s done! I’m so happy to have it gone. I have no idea how long it will take to get the new one put up and all the crown molding and the new windows and the new doors and the painting and the new fire logs, and the new carpet… I have to stop. I’m scaring myself. But the wall coming down committed us and we’ll see it through, eventually.

Our new neighbors and in and settled. I feel as old as the crypt keeper. The husband is twenty-four, the wife is twenty-two and she has her younger sister living with them who is twenty. They have a two year old son and a two month old daughter. They’ve been friendly and that’s great. The way the houses are arranged their house is on an angle and looking at our house. Most of their outside time will probably be behind their house so there is not a ton of interaction. But when we had the reunion I made them a banana pudding and a couple of weeks later she brought me over an apple pie warm from the oven. So I’d say we’re off to a good start.

School has begun and Mollie is turning into a true elementary teacher – her room is amazing. In middle school we never did that much decorating but now, with Pinterest to lead them, the sky’s the limit. I helped a little. I’m great at cutting things out. I love to go to her school and listen to her partners tell me how wonderful Mollie is  – I know it, but I love hearing it from others. I mean look at these. Wouldn’t you want to be in her room? 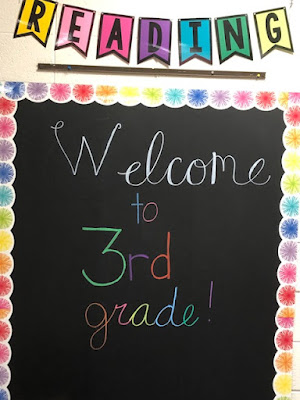 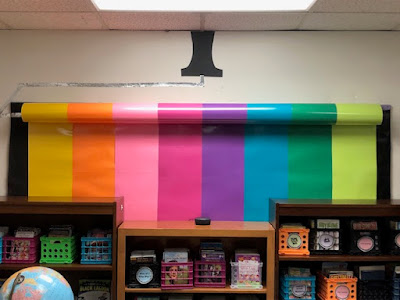 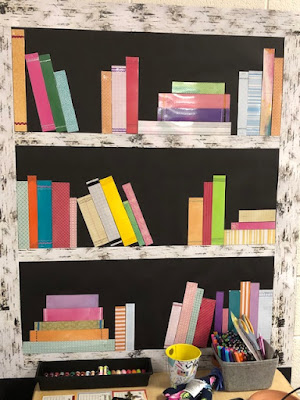 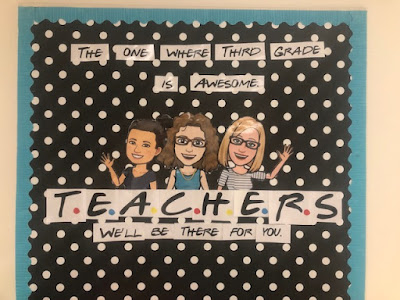 Now I have no pictures of our naked card game. But Nick and I did find a little time for ourselves. Personally, I think he cheats, but once we get to the reward part it’s a little hard to tell the winners from the losers, so I guess it doesn’t matter.

Come back tomorrow for another Fantasy Friday.
Posted by PK at 8:00 PM 11 comments:

And here it is! The final part of this wonderful story. I hope you have enjoyed reading this one! Here are link to parts one and two.

It's always fun to sink into a fantasy. I thank Purple Angel for this story and I always ask all my readers to write a fantasy for themselves. Then if you're willing share it with us. You can send it to elisspeaks@yahoo.com

I made it to the Arts Festival in town this weekend and I really enjoyed it! It wasn’t huge but I saw a lot of people from town that I rarely see. I didn’t make a fortune, but I enjoyed it enough and sold just enough to make me want to try it again. They have another one near Christmas and I might try our spring festival again. I was very surprised to sell a few book there this past spring. 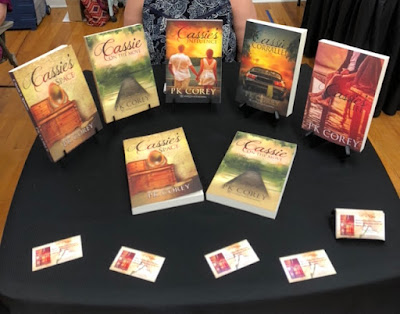 The little old lady from church came by and bought the next two. She does interest me. Close to eighty, never married… I wonder what she thinks of Tom. Does she enjoy the spanking scenes, or does she skip them and just go for the story? That’s what I do when I’ve read too many sex scenes in a book.

After a somewhat bumpy beginning, the new book is a go. It should be out by September 20. I’ll tell you a lot more about it as we get closer. Still not sure what direction I’m going next, but I’m anxious for this one to be available. For anyone missing Cassie and the gang, I think you’ll like this next book in the Cal’s Law series.

*Blogger is no longer sending me email of the comments left here. If anyone can tell me how to correct this please do. Meanwhile, I sometimes forget to go back and check for a couple of days. I got two lovely comments on my 'It shouldn't be this complicated' post, but I didn't seem them until this morning. I've responded now, but I felt rude seeming to ignore them for so long. So please keep checking back. I answer my comment!
Posted by PK at 8:00 PM 21 comments:

Tomorrow is the town festival where I'm taking my books.  I really am looking forward to talking with the people as they come by and if I'm able to sell a book or two, so much the better. I'll let you know how it goes.

As promised, part two of our story. These are long post and you may not have time now, but come back when you can lose yourself in a story. You can find part one here.

Don't forget to come back next week for the conclusion of "Long Overdue Accounting." And if you're willing to try a story and share it with us please send it to elisspeaks@yahoo.com
Posted by PK at 7:30 PM 4 comments: