Can I talk about spanking again?

Have you noticed I haven’t been writing about spanking much lately? It’s not that they’ve been nonexistent here, I had a lovely birthday spanking earlier in the month which was completely Nick’s idea with no hinting from me. That was nice, but, but…

Something’s not right in my head.  I’ve gone through ‘dry patches’ before where spanking seemed to hold no interest for me, but this one worries me. I don’t even know how to explain it, so once again you are all my sounding board as I try to understand it myself.

There is no real problem with losing interest in spanking for a while, I know I’m a spanko and that will not change. My problem is that my sexuality is completely wrapped in my spanking desires. When the desire to be spanked goes, so does my sexual desire. I know Nick would be more than happy to spank me, as soon as we get some privacy back, but without that desire in my head, it’s just being slapped on the butt. It just hurts with no release achieved or desire invoked.

Part of this is giving up my youthful dreams of what a dd relationship would/should be like. I thought I wanted to be submissive. Maybe it would have worked, I don’t know. Nick never wanted this. He’s tried over the years to help me achieve what I thought I wanted, but even if we’d ‘achieved’ it, it wouldn’t have been right for us because it wouldn’t have been right for him. It would have been false. We’re neither one good at roll play. I finally quit agonizing over it and simply appreciated what we’ve gained from the trying – most importantly, a closer relationship.

However now I have the problem of no sexual desire. I relate it all back to the ideas of ‘good girls don’t…’ Because of these deeply ingrained feelings (even though I know they are wrong), the idea of dominance and submission that I fantasied about worked for me. It’s the whole “Of course I shouldn’t be doing this, but what choice do I have – he’s in total control and if I don’t do as I’m told, I’ll be punished.” It works very nicely in my head and in fiction, not so well in my bedroom.

Nick has no desire to punish, and despite my flaws, no real reason to. I’ve posted so many times over the years, ‘He doesn’t spank enough.’ ‘He only spanks when he wants sex.’ ‘He won’t give me rules and be consistent.’ But the sad, sad truth is he cannot crawl into my head and understand. Nick is such a wonderful man, he only wants to give me pleasure and to try and understand what I need. He can’t understand that it’s the darker side of my fantasies that I need to maintain my true deep sexual desires. Without a reason for a spanking, at least part of the time, it doesn’t do anything for me.

Sometime I can recapture it, if I have enough time to sink into my fantasy world, but it’s harder now. Once I decided to stop pushing Nick into a role neither of us really wants him in, I stopped going to the fantasies. They’ll push there way back in, they always do, but sometimes I’ve waited years and I don’t want to wait that long.

Somehow I need to find a balance. I haven’t discussed it with Nick because I don’t know one single thing I want him to change or do. I think this has to come from me and I don’t have a clue of how achieve that balance myself. Nick has tried to throw in a little discipline as he helps me with the weigh problems, and while I appreciate the effort and the thought behind it, it’s not doing it for me.  Nick is a kind, sweet, gentle man – I don’t want that to change and I have no desire to see him pretend. There are times I wish I could go to some big mean disciplinary about once a month for a session, nothing to do with sex – just to feed my dark side. With that taken care of, I could be totally satisfied with the sexy fun spankings and the occasional mock discipline that Nick and I enjoy together. Please, don’t send resumes, I’m only kidding. Just another fantasy running around in my head.

I still have no more answers than I did when I sat down to write this. Answers from the sounding board are welcomed.

I hope everyone had a wonderful Christmas. Having LJ, Colin and Mollie all here with Nick and me has been wonderful. The boys are staying through this weekend and then it’s back to the big city for them. I’m out of school until the 6th and I plan to savor every minute of the time off.

Today we have another brand new Fantasy Friday from a new writer. Peter had an interesting experience in real life and he’s written about it for us. I’ll tell you a little more after you read the story.


Sorry this took so long to tell, but is the way it happened. If I had been a few minuets late getting to the changing room, this might never have happened and would still be on my wish list!

Peter, thanks – this was great. I asked Peter if he was still a part of this group and sadly he’s not because of a move, thought he still hears from them occasionally. He also shared that he did become a switch from time to time, but he preferred to be on the receiving end.
Peter is currently in a gay relationship and he said he would be happy to talk with any of my readers who might have some honest question about his story or desires. His email address is petercoburn.640.z@gmail.com
And now if anyone else is working on a story please share with us, you can send the stories to elisspeaks@yahoo.com 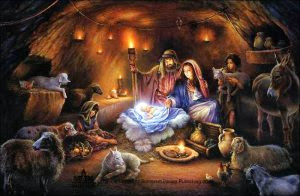 Wishing all of you a very Merry Christmas!
And a big thank you to everyone who stops
by here to read.
Posted by PK at 12:00 PM 15 comments: