Now about the diet effort. Hmmmm… can I give you the excuses first? I have plenty.

• I’ve been extra stressed at work.

• I had to stop the diet pills because I needed to start on steroids for my arthritis. The steroids make you hungry, make you gain and make you crabby.

• Last week was teacher appreciation week; Monday we were treated to a huge BBQ lunch (pulled pork as well as BBQ chicken and all the fixin’s). Tuesday we each got a bag of candy. Wednesday was dessert and fruit day. Thursday we had cinnamon biscuits. And on Friday we had brownies with ice cream and all the toppings.

• When I feel bad or mad or crabby or stressed I feel like I deserve a treat only once I start that kind of thinking and I start snacking – I don’t stop.

Okay by listing all these excused you might have guessed that I gained this week. I won’t tell you exactly how much because I didn’t even share that with Nick. Let’s just say more than I wanted to. I am feeling totally disconnected from the whole diet effort for some reason. Nick knows I’ve been down with my cold and I just haven’t been myself lately. So I figured this Friday was a freebie. At least my cold did ease up Friday and I headed to the gym after school.

Saturday morning felt so good. I love sleeping in this time of year when the mornings are cool and we can have the window up a bit and snuggle. We were curled up peacefully for a while then Nick got up. Not unusual, I love to sleep about a half hour later than he does. But it wasn’t to be this Saturday.

I vaguely heard the drawer of the night stand open before my covers were pulled away and Nick started on my rear with the hairbrush. Warn a girl already! He was talking during his spanking – “I know you gained this week. I know it was teacher appreciation week and you deserve some of those treats, but did you go over board? Did you go to the gym when you could? Have you been doing too much snacking in addition to all that?” He wasn’t really waiting for answers as he continued “You have been crabby, and in a bad mood and you haven’t written me any assignments to let me know what’s going on.” I don’t like that hairbrush at all but I do like the fact that he was taking the time to let me know he was paying attention.

When he finished he said “Now get up.” I was wondering why he wanted me to get up so early when he con 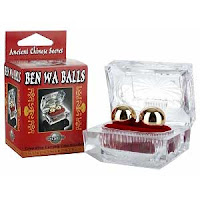 tinued, “Put in your ben-wa balls and put on a tee-shirt – no pants and come to breakfast.” Okay, that got my attention. I got up and did as I was told. Our morning was normal except for my attire and toys. I checked my email and the blogs – squirming just a little with no pants on and a freshly spanked bottom.

Shortly I got an email from Nick telling me to I could retire to the bedroom and play with my vibrators for a bit before calling him back to do my ‘sexy wife – how can I get back in his good graces act’. Nick knows that my vibrator help me get in the right mind frame sometimes. When I called Nick back to the bedroom I was sure I had some ideas that he would like. But before I could initiate my plan I found myself over his knee again as he asked “Who told you you could remove the ben-wa balls?” I do love a good hand spanking!

“Maybe you should ask next time.” he told me.

It was a nice spanking and I soon was doing everything I could to show him my appreciation. We had the house to ourselves, we could play as long as we wanted, still had a cool breeze coming through the window – we had a wonderful morning.

Work is still stressful. I have lost my focus on the diet for the moment. I need to get a handle on my snacking. I need to work on doing my assignment for Nick. From now until mid-June my stress levels are not going down in any way. I hope Nick will help me get my mind back to the right place. Although I am somewhat of a stress eater my biggest eating trigger is general boredom.

The whole idea of the spanking diet, of being told what to do or not do, having rules that Nick will enforce – all these things make me feel cared for, and they keep my mind intri 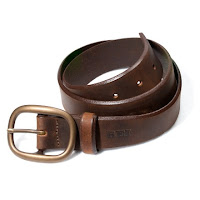 gued and focused. It gives me something to hang on to, something to think about besides eating. It’s kept me willing to work on the weight for 3 years, it’s given me a whole new view of marriage and it’s not something I want to give up.
Posted by PK at 11:25 PM