We’re landing in NYC around 10 o’clock EST this morning. And I’m feeling much, much better. Even the cough is almost gone. We’re staying about a block where LJ works. Nick and I have the afternoon to check out the area ourselves. Then LJ will pick us up after he gets off and take us to see his apartment, then dinner. 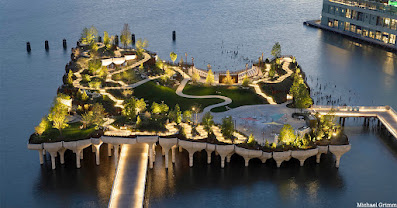 Friday we’ll tour the museum where LJ works and Little Island and have dinner with one of his friends. This is the friend who officiated at his and Collin’s wedding. She and LJ have been friends since they met at Governor’s School, eighteen years ago. And on Saturday we’re going to see the Bronx Zoo. 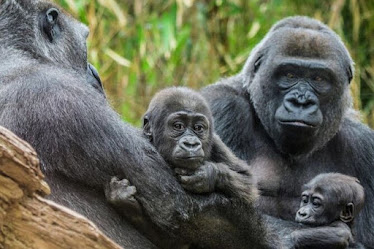 We’ll head home on Sunday. And I’ll let you the details of the trip. I also got some interesting news from my doctor. Nothing awful, but it is interesting.

Ugg, it’s been a rough week. Last week Nick caught a cold. Checked twice for Covid, negative both times. I guess the plain old cold is still around. I did not want to catch it, so I moved out. Well as far as the other bedroom. Interestingly, both cats come with me. Poor old Nick. 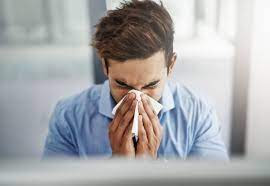 Only one thing was really bothering me and that was my flu shot. I thought I had some mild symptoms, but my arm just kept hurting and hurting. The injection site was hot as fire, my glands under that arm were swollen, as was my arm and then my whole upper arm was itching like crazy. All and all I was not happy.

And then I caught Nick’s cold. It’s a funny cold, it didn’t start as a sore throat as mine usually do, and while my head feels stuffy, my nose is not stuffed up – I can breathe normally. But I’m coughing and sneezing. I tested myself for Covid, but I was negative for that too.

Normally all this would just be a bit annoying. Being retired I could just take my medicine and nap all day if I liked, but we have plans. Next Thursday we’re supposed to fly to NYC to see the boys. 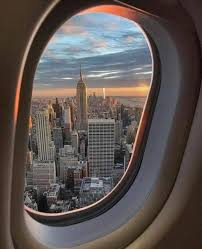 I don’t want to be sick! And if this is a mild cold I’ll be fine by then – but if the cough hangs on as it often does with me, I feel I’ll get some angry looks on the plane. I’ll definitely be wearing a mask. And I sure don’t want to give anything to LJ and Collin.

As far as NYC goes it’s not made for old people, heavy people or people with bad knees and I have the trifecta! Please cross your fingers that I’ll be over the cold so I’ll at least have a fighting chance up there.

A long time ago I found blogs and eagerly began reading. That was when I got my first laptop. I didn’t want my kids walking up behind me and seeing things that were none of their business. 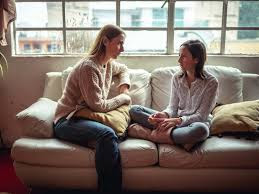 Mollie, at the time was a very nosy thirteen-year-old. And the most amazing thing is that my nosy little girl is turning thirty. It’s just a different way at looking at time.

She’s not thrilled with the number. I don’t think the age really bothers her so much as ‘ticking.’ I’m sure she was hoping to be married with a child or two by now. No, that’s not me talking, it’s her. But she’s doing fine.

Last week her friends at school gave her a party. She saved some of the cake for me and it was delicious. I loved the gift they gave her. 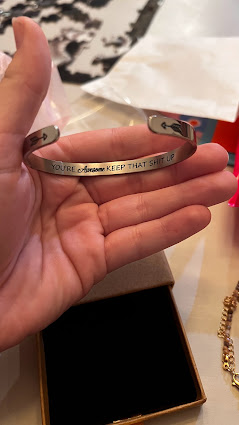 The inscription reads, ‘You’re awesome keep that shit up.’

Her other group of friends took her to our largest city nearby for a day of shopping and eating. She seemed to have a great time.

Here was one of the gifts I gave her. When her teaching partner’s daughter saw it, she asked, “Was that personally made for Mollie? It’s perfect.” 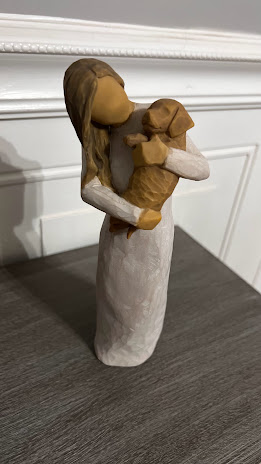 I know she’s turned thirty and that she’s a grown-up and all, but I still love remembering my nosy little thirteen-year-old.

Vaccines and other medical stuff

I guess I’m as protected as I can get these days. Several weeks ago I got my second Covid booster. That makes four vaccines/boosters in all. Then on Monday I got my big girl (old lady) flu vaccine. I didn’t feel so great Tuesday. The flu shot seemed to catch up with me about twenty-four hours after I took it. I felt achy and sleepy and just a little off. But it only lasted about six hours and I’m happy for the protection.

The doctor’s final word after the sleep test was that I have to get a cpap machine. I am NOT happy. However, the test showed that my blood oxygen was going down to 74% as I slept and that’s just too low. So late next month I have another study at their clinic. They will show me how to use the darn thing and make sure it’s actually helping. They said that their rooms are set up much like hotel room with a TV and cable, private climate control and a private bath.

I asked if I could bring my own pillow and they said certainly, I could bring anything that I thought would help me sleep. They’re going to be surprised when I show up with Nick and at least one cat. 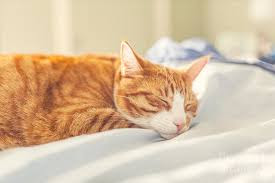 The wedding we attended was fun. Not as good as the one we attended three weeks ago – because all my kids were at that one. But it was good to see some different members of the family at this one.

*Note: Three of my cousins came to the group breakfast with stupid looking strap marks on their faces where they had worn those crappy straps from the cpap machine. Not that I’m still bitter or anything.

Here's most of us all dolled up for the wedding. We’re off to another wedding. I’m sure it will be fine, but not as much fun as the last one. My kids won’t be at this one. One couple I was looking forward to seeing have Covid, so they won’t be there. But there will still be other family to visit with. One thing about the bride’s family is that they really do know how to throw a party. 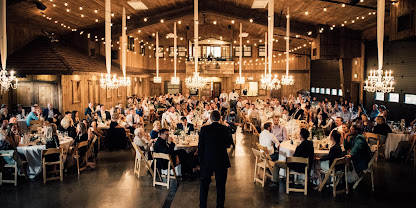 Monday, I have an appointment to get my flu vaccine and that phone appointment to talk about the sleep study. I’m looking forward to the information.

Then in a few weeks we’re heading to NYC to visit the boys for a few days. Nick wants to visit the Bronx Zoo. And this may work out well. I usually have a really hard time keeping up with Nick and LJ when we go somewhere in the city. They both walk so fast! But now they can travel at warp speed together and Collin and I can move slower – I think I can keep up with a man with a recently broken leg using a cane. At least I hope I can. I’m just about tired of medial test. Again, I feel great. If you go by how I feel then there’s nothing wrong. My BP is a little high. We’re changing my meds to see what works best. My doctor thinks that there is something wrong with my breathing. She keeps talking about a c-pap machine as a strong possibility.

But I don’t think I have sleep apnea. I don’t snore, I don’t wake up with a sudden jerk like I’d stopped breathing all I do is wheeze a little. But still she insisted on a sleep study. I was happy to hear I could do it at home. 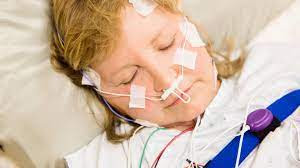 But that was a horrible night. It was time to go to bed. I had something strapped around my chest. I had something attached to my finger and I had tubes up my nose. And the lights on the chest strap kept blinking. And honestly none of that really bothered me. What bothered me was that I could not go to sleep. All the apparatus was a little annoying, but it was my brain continuously telling me I had to go to sleep that was driving me nuts. It was a long and horrible night. But evidently, I slept enough for them to get some reading. I have a telephone visit with them on the tenth to tell me the results. The other tests have hinted that I’m not getting enough oxygen at night. 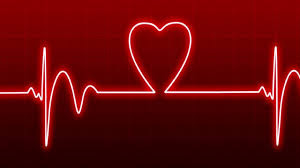 I feel like my heart rate is low at night. According to my watch, it often goes down to thirty-seven beats per minute during the time I’m asleep. I want some answers, but I feel like it’s just going to lead to more tests. I’m about ready for results.