Please someone tell me what the hell to do!

This is the second part of a post I put up yesterday. You can find it here. I guess yesterday was pretty down - and honestly at this point I don't feel down about it. We pretty much don't indulge anymore and most of the time I'm okay with that.

I do want to be more clear that Nick didn't think I was lying when he said he didn't believe me. It was more like he couldn't believe a woman would really want to be submissive, to be told what to do, to be spanked for heaven's sake. He thought I probably only wanted it in fantasy and that I couldn't possibly want the real thing. He was mistaken, but I can understand how he could have believed that in the beginning. Now how he didn't grasp the truth over the first few years, I don't know.

But now the current problem. The problem I need help with and don't know where to turn except to Nick. It's a big problem. 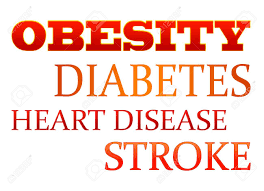 It's my health. It’s not bad at the moment, but without changes there will be major problems. I’m on medication for many things – diabetes, a slight heard arrhythmia and high blood pressure to name a few. All of these problems would improve greatly if I lost about fifty pounds.  I do take my medications and everything is under control at the moment. But my diet is horrible. I like meat, starches and junk foods of all kinds. About the only thing I changed when I found out about the diabetes was to give up soft drinks. That’s not enough.

I’m not a stupid person. I know how important what you eat is to your health. I always assumed when I grew up, I’d eat like a grown up. I’m still waiting. I hate vegetables. How do I change my taste buds at this stage of life? And these vegetables that I don’t want to eat mostly have to be prepared, peeled, chopped, cooked. I hate cooking nearly as much as I hate vegetables, and to go to all that trouble for something I don’t want in the first place…

It's not that I don't know what to do - eat better and exercise more - but I've known that for over forty years and I haven't made myself do it yet. So what will work?

When we began TTWD I was able to hook him by asking his help with these problems. He was concerned, because any husband - who doesn't have a death wish - knows better than to mention weigh. But then I asked for his help. He was willing but hesitant. Spank his wife for being overweight? 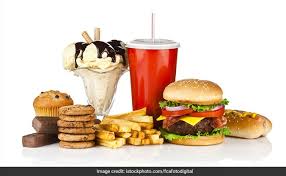 That never happened, but we did try various way he could help. Often
I was spanked for not trying. Not exercising, munching on cookies all day, just in general not making the effort to be healthier. It was our TTWD honeymoon period and during the first eighteen months or so I lost forty pounds!

Then I stopped trying. I could easily give you a hundred reason (or excuses) why. And only one of those would be that the TTWD went out of it. It’s just that TTWD was the only thing that sparked my interest. It was back in my wanting to be submissive days. He would say, “No snacking at school. Pack you a good lunch, but no snacking.” I was always shocked at how well a statement like that worked. When he put it like that, I did not snack at school. When he’d say something like. ‘I think maybe you should cut down on snacking at school,’ I would be annoyed and  get really pissed. I’d want to snap back with something like, ‘Oh you think I should? Well I don’t give a …’ You get the idea.Would that work now? I honestly don't know. I don't feel submissive anymore.

But now comes my real dilemma. We’ve mostly stopped TTWD at my request. Do I dare try to stir it up again? And if I decided that I want to, how would it work? I’m not Nick’s child and he has no desire to be my parent. There will be no, ‘You can’t leave the table until you finish your veggies!’ So how exactly would it work? 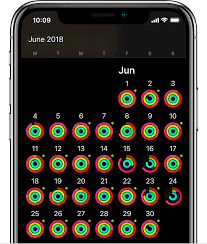 I’ll take any and all suggestions. I don’t have a clue with the food, but for exercising it could possible work. If we do this I need something where we can sit a goal – maybe with the fitness app on my phone, somethings we decide on and then all he needs to do is pick up my phone once a week or so and see if I’m keeping up with it.

Should we try it again?

TTWD has hurt me often – and I don’t mean my butt. I don’t want to start just to stop again, or worse yet to let it fade away from lack of interest.

For the moment I’m keeping my mouth shut and just letting ideas roll around in my mind.