Happy Friday. I'm taking most of my Fantasy Friday stories from 2008. This one was written by my friend Ceeci. She was a great blogger and an excellent writer. I secretly hope she is still doing a little writing. I hope you'll enjoy... 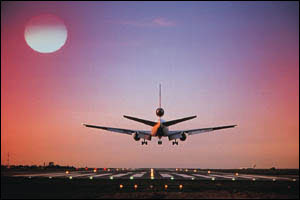 'I wish I could be there to help you celebrate your birthday with a spanking,' his comment on her blog had read. Stephanie had smiled when she saw it. Michael had been a secret crush for nearly two years and lately, his comments seemed more flirtatious. She responded by playfully asking if what he'd written was a threat or a promise.Within a few weeks, Michael and Stephanie were talking on the phone nightly. They realized they had many things in common beyond their enjoyment of spanking. Occasionally, their conversations would stretch into the early morning hours. 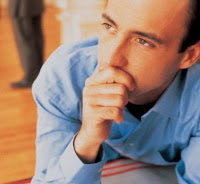 They had carefully planned Stephanie's birthday spanking. Michael asked her questions about her previous spankings. Was she dressed? Had she been spanked during the day? Had she ever had her panties taken down? Did she have a favorite implement? Was there one that frightened her? Did she bruise easily? How about a sexy dress? Would she enjoy going over his knee? Stephanie had answered each of his questions truthfully and the scene for her spanking began to form in Michael's imagination.He would take her to his hotel room. After checking in and depositing his luggage he hoped there would be a chair to accommodate their needs, if not, then he was prepared to be seated at the edge of the bed. Stephanie would remain dressed for this spanking. If there were others to come during his visit, those would be a different flavor.Michael wanted to select her clothing. He wanted her in a dress. He also wanted her to be properly attired underneath her clothing. A slip, panties and matching bra were expected. He required she wear heels and hose. He knew Stephanie was a lady through and through and he wanted her dressed to fulfill his fantasies.Once in the room, Michael would make himself comfortable while Stephanie waited for her 'gift'. He'd remove his shoes and socks, loosen the collar of his shirt, remove his belt (more for drama than use) and seat himself to begin fulfilling his promise.He would beckon Stephanie to come forward. He hoped there would be a moment's hesitation and a fleeting look of doubt upon her face. After all, it isn't everyday two strangers rendezvous to make good on a casual comment.Stephanie would step forward and stand beside him waiting for his directions.In silence, Michael would take her hand, tug her forward and help her position her body across his lap. He wanted her head lower than her bottom and her hands occupied on the floor to maintain her balance. Once she was in position, Michael anticipated the pleasure he would find rubbing his hands over her round, clothed bottom. He would be in no hurry to get down to business. He would have a beautiful woman willingly positioned over his knee waiting, anticipating the delivery of a gift.Slowly, Michael would raise the hem of her dress. Once he'd exposed her covered bottom, he would raise the hem of her slip. More rubbing and stroking were his plan and he would tease Stephanie's thighs and bottom with long slow caresses. Each stroke would be meant to help her relax and help her understand that his intentions were only to make good on his promise.When he knew she was ready and the moment was at hand, he would begin spanking her upturned cheek. "Count them out, birthday girl," would be the first words he'd say. Once they'd reached fifteen, he would stop, rub for a moment, then ask Stephanie to stand and take her pantyhose down to her ankles. Her panties would remain in place."Back over my knee, birthday girl," he'd declare and once again position her with her luscious backside higher than her head. With the first spank, he'd ask Stephanie to begin counting again. At 25 he would pull the right leg of her panties between the cheeks of her rosy, red ass. At 35, he would pull the left leg of her panties into the same position, give them a little tug and then stop to rub her hot, glowing orbs."You're doing pretty good there, birthday girl," he would assure her and then ask if she was comfortable and ready for more. He would continue stroking her bottom and the backs of her thighs until he felt she was ready once again.Because Stephanie had shared she'd never been spanked clothed or had her panties pulled down the next part of their fantasy was something they were both anticipating. It would be the first time he would see her sex. It would be the first time she'd felt someone else take her panties to her knees in preparation to spank her. They would both enjoy the experience. 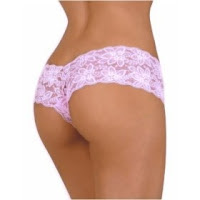 Michael dreamed of taking the waistband of her bright, white panties firmly in his right hand to peel them away from her bottom. He would pull them down to a place just above her knees. From that position, he'd decided he would take his time getting back to her bottom. He wanted to explore her skin by slowly running his hand up the silky smoothness inside her thighs. He would not stop until he reached the place her legs came together. His hope was to find her anticipating more, much, much more.With only sixteen more spanks to deliver, Michael wanted to be certain each one was memorable. He wanted Stephanie to remember this birthday spanking for the rest of her life.

~o~
Thank you Ceeci! As always your writing is wonderful. If you do still do some writing... well, you'd always be welcome to share here. That goes for everyone. Please send any stories to elisspeaks@yahoo.com
Posted by PK at 8:00 PM