Fantasy Friday Revival - I'll Be There

* I'd love for you to come by the Reading Room for a snippet from On the River.
Sticking with a theme here, I found this old Fantasy Friday story written by my friend Carye back in 2008. Many of us were in the same boat back then (and I guess I still am) - both trying to lose some weight and seeing how TTWD might be incorporated into helping us achieve that goal. Carye told me this was part fantasy and part reality.

"Linda, come here, let’s have a talk." Jake said from the bedroom.

"Coming!" Linda called cheerfully. As she walked into the bedroom, she stopped short, seeing Jake on the bed with several implements near him. "What's going on? Are we going to have some fun?"

"Not this time. Remember our conversation a few weeks ago about wanting discipline? About dieting? About the diet group you wanted to join? Where was that… Todd and Suzy’s?"

"And I said we'd try it here first, then, you could join. Well, if I remember right, you didn't loose this week and you asked me to try to start up a DD lifestyle using this as our starting point… right?"

"Nope, too late, the only 'but' I want to see is yours over my lap, please. Oh, and you can lose that pretty little thong you're wearing, you won't be needing it." 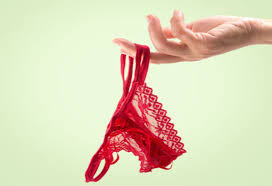 Blushing, Linda carefully removed her thong, making sure she didn't reveal anything under her dress. Then slowly laid herself across his lap, not sure exactly what to expect, and trying hard to remember what she had told him she wanted several weeks earlier.

"mmmm… yes sir" she cooed loving the nice rub on her bottom. Still not sure how this was all going to work, fearing and hoping that it truly would be their first discipline spanking.

"Why are we here?" he asked quietly.

"Because I gained weight this week, sir." She responded.

"You're here because you made some bad decisions that caused you to gain weight. Correct? .. oh and don't forget the ‘Sir’ please, I don't want to have to add anything to what you already have coming," he reminded her gently.

"What were those decisions?"

"OK, OK!" She frantically started. "Sir, I did too much snacking at the vending machines. I was good at home, but at work, not as careful." 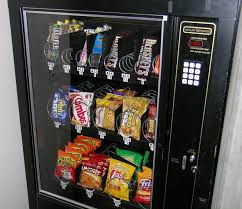 Gently rubbing he asked. "Was that it? Just some snacking at the vending machines? No big lunches out with girlfriends, nothing at night?"

"Well…." SMACK "ok, ok! Yes, I went out a few times at lunch too. It is so hard to order light stuff when we go really good places sir!"

"Why do you need to do that? What did the doctor say that caused you to ask for these spankings?"

"Please Jake, I know…." SMACK SMACK SMACK he rained down a thirty second volley of spanks with his hand. It was starting to sting his hand he realized.

She caught her breath wanting to rub away the sting. "Ok, he said I needed to eat more healthily and try to loose about 30 lbs. sir."

"No. You've got to say and understand what else he said. You need to face it, not try to ignore it; your life and my life as we have it now are at stake. Come on."

Sighing, with tears beginning to flood her eyes, she quietly whispered, "He said I'm borderline diabetic, and if I don't change, I could end up with full blown diabetes.”

"That's right, both of us need to change, I want you to say it again, this time louder."

"Right, and we're going to work together to make sure that doesn't happen. If it does anyway, we'll deal with it, but it is NOT going to be because you wanted to eat fattier, less healthy foods when you go out with your girlfriends. You ARE going to make good choices next week." With that he started her spanking in earnest. After using his hands a few minutes more, he paused, pushed her forward slightly, and scissored her legs. Sighing to himself he resolved that he could do this despite shaking and feeling sad, he was resolved. She asked for it and this was for their own good. 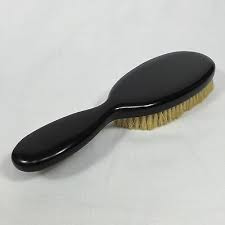 He picked up the hairbrush. Rubbing it on her butt, he asked "Linda do you know what is going to happen next? I'm going to use the hairbrush. I will use this every time we end up here. I love you more than anything in the world. I want you to be healthy. We can make this change together. I will eat just as healthy. Do you understand?"

He began with the hairbrush. Linda began to fight, she had never felt anything this hard before, reaching back she tried to stop it, but he just grabbed her hand and pulling it into the small of her back pulled her tighter against him. She was crying and almost beyond where she thought she could take. Suddenly she felt exhausted, she could fight no more. She just laid and sobbed. Jake stopped. He dropped the brush and scooped her up into his arms. With tears in his eyes, he hugged her for all he was worth. "Oh, Linda, I love you so much, I love you I love you. It's ok. It's ok."

Slowly her crying slowed. She looked into his eyes love radiating out at him. "Oh Jake, I'm sorry, I'll make better choices I promise."

"I know honey, I'm here to help you to support you whatever you need. I promise I'll be there every step of the way."

And he was. They did join the diet group after some discussion, and decided they both would join. This way, he could be with her every step of the way. Over time, they lost together, grew closer to each other, and much healthier together. Discipline did slowly become a part of their relationship with all its ups and downs, yet together they worked as a team making the whole truly stronger than the two parts.

~~
Thanks Carye, this is a story many of us understand and you told it well. I wish you'd come back by blogland and visit sometimes. Now if anyone has story you're willing to share with us for a Fantasy Friday please send it to elisspeaks@yahoo.com