I wanted to share a little more information about my vanilla friend, after I posted about her hurting my feelings. This was my friend who read the spanko book I’m hoping to do something with at some time in the future (gee, doesn’t that sound like a definite maybe). I was so upset with her after her call, so hurt. She and I can sometimes go long periods without seeing one another but we happened to be thrown together several times soon after that. One was a field trip through the school. She’s a retired teacher and she joined us. We had several hours on the bus to talk.

I wasn’t about to bring anything up about the book, I didn’t want to discuss it with her again at all. But she made a few comments about TTWD. She was teasing me about going on a cruise I’m thinking of going on someday. She said “Take me! I’ll even beat you; I have a hairbrush, belt, bath brush, baseball bat… Let me come.”

I knew she was just razzing me and I didn’t mind that but it did bring up the hurt about the book. She could tell I went quiet. I finally said “I don’t think we can talk about this.” She seemed a little surprised. There are very few things we don’t talk about. I finally said, “You did do me one favor I know now never to let a vanilla read my work.”

After a few minutes she said “I think you’re right. Most people won’t understand. I don’t but you know I don’t care. I love you and I don’t care what you and Nick do.” It’s like many of you pointed out. She wasn’t knocking me, she just didn’t understand and wanted to be sure I was okay.

She was subbing this past week at my school, for my partner actually. So we spent even more time together. I got word early last Thursday morning that my aunt had passed away. We were leaving after school Friday to go to the funeral. When she got to school Friday morning she handed me a canvas bag. In the bag were two bags of chips, a jar of salsa, several candy bars and Little Debbie Cakes. She had included three bottles of my favorite soft drink and even had two clothespins clipped to the bag for closing the chips. She said, “I knew you wouldn’t have time to shop for snack for you guys.” You have to love a friend that cares for you that much.

So this was just to tell you my friend and I are okay but also to still reiterate my advice – NEVER discuss your love of spanking or any writing about it with a vanilla! No matter how much they love you they will never understand. 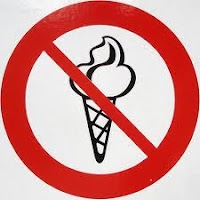 ~o~
My aunt who passed away was 97, she died peacefully in her sleep and we buried her on a beautiful, sunny fall day. I guess you can’t ask more from life than that. As for me personally I’m feeling a little better these days. Grace’s advice ‘fake it ‘till you make it’ is just going to have to work.
Posted by PK at 12:05 AM