Well, well, well I think I have myself in an interesting situation. We began all this – all TTWD – with me wanting to lose weight. I introduce Nick to dd with the idea of helping me get to a healthy weight. 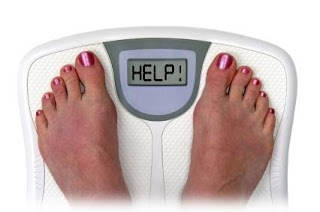 I know weight issues and the idea of a husband using dd for this reason can be a minefield. But for us those issues were never a problem. The way it worked was me doing the exercising and deciding what I would eat but Nick did his part by holding my feet (or butt, I guess I should say) to the fire. It worked pretty well – I lose 40 pounds in the first 2 years.

Then I hit a plateau, in several areas. The rest of the weight just wouldn’t budge. I was sick of the gym, sick of exercising, sick of watching what I ate. The blogging world, which had also been key in keeping me interested in changing my life, had changed. Friends had come and gone and I was losing interest in the whole thing. I think Nick was too, at least with trying to be the ‘healthy lifestyle police’.

We both ignored it for a while but it’s getting bad again. Something has to be done or I’m really going to be putting my health in danger. I'm getting ready to jump into it again.

My interesting situation? Unlike when we first started and I was so interested in the idea of ‘punishment’ I can honestly say I don’t want that right now. Heck, he spanks lightly now and I feel like he’s killing me! I feel like such a wuss!! Now I have two deadlines – one is this Friday (I have to lose one pound this first week), and another goal for the end of January. Now rather than wondering if he would really follow through with a hard spanking – I know he will and I don’t want him to!! I’m finally, in a situation where I’m going to have to work in order to avoid a spanking I don’t want. Who would have ever thought?
Posted by PK at 1:00 AM