As I told you Nick was away this weekend and I have to honestly say I did several things I would have NEVER done had he been here. The first thing was that I killed the biggest spider I’ve ever seen in our house. Mollie was a great help as she stood on the counter making the suggestion we just sell the house and leave! I did think it was a good suggestion at the time, but I managed to kill it anyway. The next thing I would never have done had Nick been home was to unstop the kitchen sink. I’m not sure what the problem was but it was disgusting, Liquid Plumber to the rescue! The other things I did that I wouldn’t done if Nick had been here, regarding eating habits and late night hours, we need not discuss in detail.

I was planning to write while Nick was gone but it never quite jelled. I got one piece of writing done that had been on my mind but the other two stories that have been rolling around in my mind just wouldn’t come out of my fingers and onto the keyboard. I’ve pretty much felt like a blob this weekend. Often when Nick’s gone I end up with lovely spanky, sexy thought running through my head. But this time I just sat. No interesting thoughts. No online implement window shopping. No secret desires that I won’t even share with Nick crept into my thoughts – nothing. Not good, not good at all. 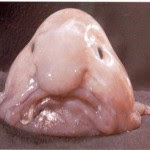 Me, the blob
There are 10 million things I could be doing around the house; I could be exercising, getting our room ready to paint, pack up old clothes for good will, cleaning in general. I got nothing. I sit. I stare at the TV. I play mindless games on the computer – BTW I got a score of 62,200 on bouncing balls, just sayin’. I owe emails, I need to get the details emailed out for the family reunion later this summer, I have school work I desperately need to get done this summer so I won’t feel so stressed when I go back… list like this could go on forever. So what are my plans for the next couple of hours? I think I’ll take a nap, maybe a snack first…
Posted by PK at 2:00 AM