Not a lot of spanking going on here – no privacy but we’ll have next weekend to ourselves so keep your fingers crossed for us. Meanwhile I thought I would put up some updates here.

First, Paul – several people have emailed to ask what has become of Paul. Since Paul has commented on nearly every one of my post for these 4 years I was getting worried several weeks ago when he didn’t come by. I emailed and a few days later I heard from 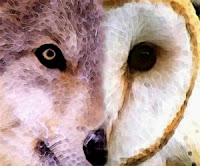 him. As many of us had worried, some medical problems had landed him in the hospital for nearly a week. He's home now and recuperating. At first he admitted that even working the mouse could be tiring but by taking it easy he says he’s getting better but slowly. He’s still reading out here some. He says he’ll be back to commenting one of these days as he gets stronger. I hope it’s soon. I really miss his present here.

Second update is on LJ. He and Collin are all settled in in New York. They live on the Upper East Side. Both of them are working at Starbucks at the moment (different ones) and auditioning whenever they can. Since neither of them are Equity most of the auditions are like cattle calls but you have to start somewhere. So far the city is living up to his expectations. He loves it! He says it’s truly a walking city and he liked that (maybe because he stinks at driving, LOL!) Of course the temperature has hit 113 at times so walking it that isn’t exactly a day in the park. H

e says going out in that heat is a lot like going out in the pouring rain – only go out if you have to, take the quickest most direct route and if you’re walking with someone who stops to tie their shoe you just keep going – they can catch up!

We haven’t been to see him yet. He says it’s just too hot to take us all the places he wants us to see when we come; hopefully we can make a trip in October. They’ll be home for a wedding Colin is to be in that month too, so I will get to see my boys some. I am very curious as to his money situation but I mostly refrain from asking. It’s not any of my business unless he starts coming to us for loans. He in that limbo in my mind not a child I need to check up on every minute but I’m not used to him being an adult completely. So I listen carefully and keep my mouth shut – I know, that’s hard to believe!

Now as to me and what I’m doing. Well, I’m running away from home. Wednesday and Thursday of this week I am going to a little mountain town not far from here. It’s a quiet and beautiful little place. I went th

ere to read the last three Harry Potter books so that I could finish them the weekend they came out and no one could spoil them for me. Sad to say no more Harry Potter to read but I’m going back anyway. Just me, all by myself. If you have read my blog for more than 5 minutes you know how much I love my family. But I love a little time all to myself too. There are tons of things I want to do - walk, write, read, take pictures and maybe just sit and think. All these things would be relaxing. There is also the project I mentioned a while back – I’m still working on it and this will give me some time. I can stay up all night writing if I like, sleep late the next day and stay up all the next night reading - what ever I want.

Nick asked me if I was getting away from all the stress and strain of cooking, housekeeping and caring for Mollie. Since I don’t really do these things I think he was being a bit sarcastic but I don't really think he minds me going. He'll be able to survive without me for a couple of day. Mollie will be gone all the next weekend so we’ll have some time for us soon.

Well that gets you caught up on my wild life. Don’t know if I’m even going to have internet access on my trip but I’ll catch up with everyone when I get back.
Posted by PK at 11:23 PM