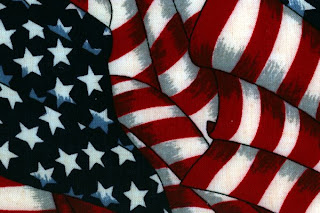 I promise this is not going to turn into a political blog – I have MUCH better things to blog about. But if we are going to be electing a president in just over a month I thought I could get away with just one post about politics. I have a favorite candidate. I am going to vote for him and I sure hope he wins! If anyone should care who I am voting for (and I don’t know why anyone would care) email me and I will be glad to tell you. Actually I just wanted to tell you my suggestion for improving the campaign for the next time.

I want to pass a new law. I think the candidates should be allowed to say anything they want to about themselves. They can talk about themselves all they want to – tell us how good they are, what they are going to do for the country, what they have done in the past, they can tell me they won the spelling bee in the third grade if they want to. But it should illegal for them to mention the other candidate!!! Not one word, no picture of the other guy, don’t tell me how they voted, don’t tell me what their shortcoming are – don’t tell me anything about the other guy! If you finally run out of good things to say about yourself then just HUSH!!!

As it is now there are only two possibilities – we believe all the commercials, meaning neither of them is fit to run the country or if the commercials are not true then they are both liars. Great choices huh?

But buck up, it has to end sometime. I will go back to talking about sex and spanking and come Nov. 4, it will all be over and we should have nearly two weeks before the commercials come out for the 2012 election.
Posted by PK at 10:43 PM