Welcome back to Fantasy Friday!! I am so excite to have stories to post again. Because of my wonderful readers I have enough stories to get us started. When I have stories I’ll post them. I am happy to report that some new writers are contributing. I really love that! I want to continue to ask everyone to try their hand at a story. I especially like to offer a place for those of you without your own blog. I want every one to have a place to be heard. Send any and all stories to elisspeaks@yahoo.com

Since many of these new contributors are just that – new, there will not be a contest each week. After the story I will give a brief bio of the author, the things they are willing to share with us. When I think you might know the author I might include a contest.

“Oh no not again” thought Amber as she got out of the truck to see what damage she had done this time. It was the fourth time in two months that she had scratched her hus 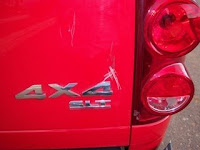 band’s new truck. It was just a small scratch from the trash can but she new he was not going to be pleased. The first time she scratched it John just gave her a warning but the last two times she was punished and in their house a punishment meant a spanking.

“Maybe I can cover it up, maybe I can say someone hit it with their car door in a parking lot, maybe I can act like I have no idea what happen” she thought to herself. It was just a passing thought though because she could never keep the truth from John for to long and the punishment would be twice as bad if he found out Amber lied also.

So, like the good girl Amber tried to be she text John and told him what had happened. She told him the truth. While backing out the driveway she had hit the trash can and she even told him about changing the radio station while backing out the driveway. His response was plain and simple,” You are not to leave the house the rest of the day without permission and things will be dealt with when I get home”

The “things will be dealt with ” statement made the butterflies appear in Amber’s stomach. She knew what was coming and she new she deserved it. She also knew the house was a mess and she better get it cleaned. No reason to add any fuel to the fire. Her bottom was going to be warm enough already.

“Oh my God its 4:30 already John will be home shortly,” Amber said quietly to herself. Just then her phone beeped and she knew it was John. “Upstairs and in the corner. I’ll be home in five minutes and we have some things to discuss,” his message said. Amber quickly put up her cleaning supplies and headed upstairs to their bedroom. After a quick fluff of the bed she headed to the corner and began her wait.

Once that five min. wait started to feel like hours she heard John pull into the driveway. Amber knew that he was inspecting his truck when she did not hear the front door open yet. Then all 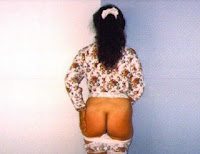 too soon the front door opened and his footsteps started coming up the stairs. The footsteps stopped at their bedroom door and once the knob started turning the hairs stood up on the back of Amber’s neck. “Oh no,” Amber thought.

The door opened and she could feel his eyes starring at her. John did not speak but she could hear him moving around the room and when she heard him open the drawer where the oak paddle was kept a lump formed in her throat. She stood perfectly still till he called her to. “Amber May over here now,” John commanded.

“Tell me why you are about to be punished,” he demanded in a soft firm tone.

“Because I scratched your truck again,” Amber answered quietly.

“And for,” John questioned.

“Changing the channel while backing down the driveway,” she answered as she lowered her head.

“You know exactly what is about to happen. Pull down your pants and panties and lay across the bed,” he instructed.

Doing as she was told Amber slowly pulled down her pants and panties and leaned across the bed grabbing a pillow to bury her face in. She held her breath till she felt the first swat land from the paddle. “That dam evil piece of wood,” she thought to herself because she did not dare say it out loud. Spank after spank landed on her fast becoming sore bottom.

“How many times have I told you to pay attention while you are driving? You know good and well every time you scratch something due to carelessness you will be punished, yet you do it anyways.” John lectured.

Tears started to fall down Amber’s checks as she began to silently cry. Soon the spanking had stopped and she sighed a sigh of relief thinking it was over. She realized she was wrong when she heard him unbuckling his belt.

“Please no more,” she cried.

“We are not done yet. This is a lesson you must learn. I am tired of repeating this punishment,” John replied not swayed one bit by her crying.

He pulled his belt through his belt loops and folded it over in his hand. John proc 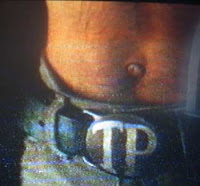 eeded to spank his wife’s very red bottom again. ”Twenty more’” he said aloud and then precisely landed twenty stripes on just her sit spot. Amber was crying freely by the time he was finished and when John pulled her in his lap she buried her head to his chest and cried it all out. “It’s ok baby. All is forgiven, you have a clean slate now,” John said trying to soothe her. Through sniffles she promised to be more careful next time.

After Amber regained her composure they went downstairs to make dinner and enjoy the rest of the evening together. When she emerged from the bathroom after her shower she saw John sitting on the bed, bottle of lotion in hand. “Come let me soothe that sore bottom for you,” John said with a very distinct twinkle in his eye. She came to the bed and laid over it completely naked. When his hand started to caress her sore bottom she flinched at first but eventually relaxed into his soft touch. Soon his hand was exploring other areas besides her red backside. When his soft fingers came to rest between her legs she closed her eyes and thought “God, I love this man of mine.”

This wonderful story was written by Yaya! Yaya is thirty something and has been married for 8 years. She and her husband and their three little ones live on the south east coast. She has enjoyed writing since high school and after talking with her I can tell you she doesn’t realize how good she is.

I asked Yaya for her history. Like many of us she can trace her interest in spanking back to her teen years. Often she would try to find romance novels that included some spanking. She came out to her husband about a year and a half ago by printing off articles and stories about spanking and highlighting the good parts. She admits it is still hard to talk face to face so they do a lot of their communicating about spanking by text. We know she is not alone in being somewhat embarrassed in live conversations. They are trying some DD for diet reasons. Yaya would like to lose a little weight for her health but they also enjoy the erotic side of spanking.

Thanks Yaya! I hope we will get the chance to know you better and that you will comment often and keep writing! I will be happy to post your work anytime!
Posted by PK at 12:01 AM