Here's where we are

Finally, we’re on the road to recovery. After much pain, frustration, and aggravation Collin’s surgery was scheduled for 3:30 this past Friday. They finally took him back at 3:50, LJ went back to the apartment – it’s only about a fifteen minute walk from the hospital. They told him the surgery would take about two to three hours (I would have stayed at the hospital, but he's a boy.) 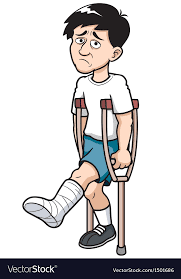 He went back at 6:30PM and was told that Collin had just gone into surgery. He was out of surgery a little after nine and they sent him home at 12:30 AM. Seriously? I asked LJ if they took a cab or had the hospital suggested he just hop home. I’m sure they did a great job on the repair, but I haven’t been overly impressed with the hospital system. They’ll go back next Friday for a recheck.

On to the job situation. LJ applied to a museum as director of guest management. This is one of his favorite museums. He took us there the last time we visited. He said the interview went very well. The people seemed to be a happy and pleasant bunch and, unlike his previous two workplaces, it’s inside. It’s air conditioned and it closes at 6:00PM rather than the wee hours of the morning. He would be expected to work forty hours a week rather than the sixty-five to seventy hours per week that he worked at the last place. They also knew about his husband having surgery and they said they would work with him on a starting date and when he would need to be away for Collins appointments. 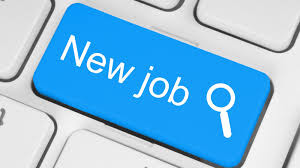 They called him back for a second interview and they offered him the job and he accepted. Woopie! And that should be the end of it. Not quite. He already had another interview scheduled – something to do with the port authority. That interview is today. I know very little about what the job would involve. But LJ says it’s something he’s sure he could learn. Now the problem. The museum pay is much less than what his last job paid. The port authority would probably pay much more. I’m dying to say, “Forget the money! Take the job you want and feel that you would enjoy!” But we’re talking about a $20,000 a year difference. He lives in one of the most expensive places in the world. Collin won’t be working for a while. I can see his problem.

I told him my thoughts were really torn. Of course, I want him to be offered every job he applies for, but at the same time I want him at the museum for a while for his emotional well-being. He’ll decide what’s best for them. Although he accepted the museum job, if the other comes through with a significant pay increase, he says he’ll probably have to go with that one.

All I can say is that I hope this all goes the way it’s supposed to.