The BEST Valentine's Day ever!

I’m not talking about yesterday. I mean Valentine’s day was nice this year, but not the very best I’ve ever had. Nick went out and got a nice ribeye roast, we baked potatoes and had some mixed veggies. I hadn’t gone out to get him anything, even a card. I’ve been stuck in the house for a year now. Nick and Mollie are the only people I see and now both of them have been vaccinated. With all the new more contagious variants around I just didn’t think it was a good idea to go searching through a bunch of previously handled cards in the drugstore. But, I did make his favorite brownies to go with our dinner. 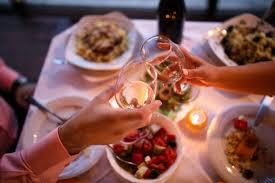 We put the candles on the table and used the good plates, we had wine. We spent most of our time giggling at our efforts, it’s just not us. But the dinner was delicious and we had a good time.

But my best Valentine’s Day came nearly thirty years ago. We were trying to get pregnant – with no results. LJ was little and he was adored. But I longed for another child. But we’d been trying for nearly four years and as the age of thirty-six fast approached, I was getting worried. I was getting emotional too.

A man came to the middle school for a musical program and one of the songs he sang was Randy Travis’, ‘I’m Gonna Love you Forever.’ As he was singing it I started to cry. That's just what you want when sitting at the top of the bleachers surrounded by sixth graders. Then, a few days later, Valentine’s Day, I was driving to work when the DJ’s wife called in on the radio with a Valentine poem for her husband,  she said,

and I just lost it. I had to have someone go sit with my class for the first ten minutes until I could get myself under control.

I got through the teaching day, a little unsettled and a little sad. I wanted to be pregnant so badly. I was a week late, but that wasn’t unusual. But little voice inside me was saying, ‘go ahead and check, it can’t hurt.’ But I knew it could hurt. If I didn’t take the test I could have a tiny bit of hope. It I took it and it was negative, all hope was gone. 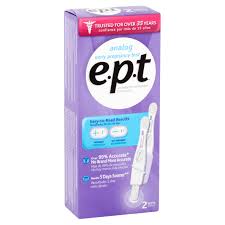 I had a test at the house and I decided to get it over with. I was almost depressed as I peed on the stick and left the test to do its thing. I was supposed to wait five minutes to read and I know I waited a little longer and with a heavy heart I headed back to look.

I glanced at it and looked away. Then seriously nearly put a crick in my neck as jerked back to stare. The results said POSITIVE!

Nick had gotten home and he had roses for me – it was Valentine’s Day, you remember. And I pulled him into the kitchen, pulled out the stick and whispered, “This thing says I’m pregnant!”

I don’t think either of us believed it. I remember writing in my diary, “I keep staring at the dots that say I’m pregnant waiting for them to change or a little flag to pop up and say, ‘Just kidding!’

But it was true – what a Valentine’s Day! Roses and a baby from Nick!