A birthday to remember

My Friday was really cool! The last day with kids and we got snow!!! School was released about 9:30. The kids weren’t there long but it was a wild and wooly morning. Last day before Christmas vacation, snow – which we rarely see, well you can imagine. I told some friends it was as if each had had a bowl of sugar for breakfast and washed it down with a Red Bull. But we survived and now vacation has begun. The snow was beautiful!! We got about 9 inches, that’s the most we’ve had since about ’93 when Mollie was only a few months old.


But now let’s go back a few days earlier to my birthday. It was a regular work 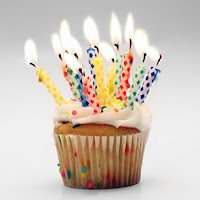 day but that morning I had an email from Nick mentioning that he knew someone was getting older and wondering if I could find out the kids schedules. I knew Mollie was babysitting but I wasn’t sure about LJ. I knew he was finished with his exams but I wasn’t sure if he was coming to see me on my birthday. I shouldn’t have worried – he was still at school planning to go to a party there. I wasn’t disappointed – I was looking forward to an evening home with Nick.

We knew we would have the whole evening so we were in no rush. We found some video on spanking tube to watch and then Nick made us some supper but not long after we ate we headed back to the bedroom where Nick had laid out some very nice toys. I gave him a gift too - a little paddle ball paddle I had picked up. I really like the weight and shape of paddle ball 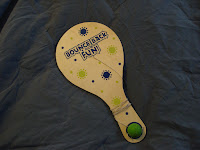 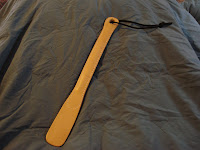 He said he was going to use each of the other toys for as long as I wanted. When I had had all I wanted of one I could ask him to change to another. Now that suited me fine! He started off with the flogger. I like our flogger but I have seen others that I think I would like better. Ours is stingy but no thud at all. But I didn’t stop him until he got to around 60 – I thought it might be nice to take at least 53 or more with each toy. 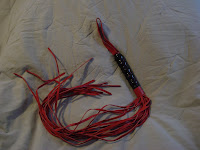 Next came the leather paddle – that one is a piece of cake, especially when he turns it and uses the soft side every once and a while. I went past a hundred on that one. When I asked him to change he started with the leather heart shaped paddle with the little studs in it. That’s a pretty good one too and I think I went to a hundred with that too. 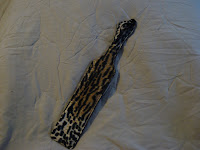 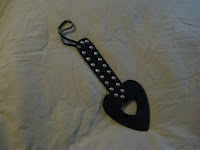 Now in between all this was some really fine rubbing and touching but he was true to his word and didn’t seem to mind going until I asked him to switch. I think the leather ‘hand’ came next – not only does it have a good feel it does make a wonderful noise! I got to around a hundred with it too. But to be honest I was feeling a sting for sure now! 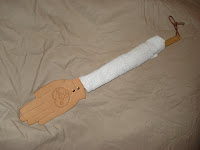 When I asked him to change again he happened to change to my most hated implement – the tawse! Assuming I am pronouncing it correctly it is aptly named. That thing should be 'tossed' away forever! I just don’t like it at all and it strange because I really like leather. But this seems more like plastic, anyway – I don’t like it and I only got to 20 before asking Nick to please change to anything else. 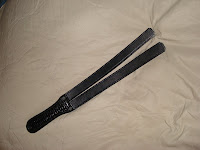 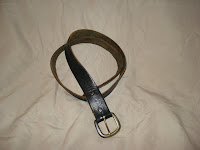 changed to one of my very favorites – his belt! I was tender by this time but I still loved it. I think I got to seventy-five or so with it. I was getting close to done. But Nick wasn’t. In the email he had sent earlier, Nick asked me what I thought was best for that ‘next day’ feeling. I have had that from his belt before but lately I have been thinking more and more about the cane or a switch – something like that. It’s never been an instrument I’ve ever fantasized about but once he did use a switch on me when we were in the mountains. I hated it – but loved the feeling that lingered! I had shared this fascination with Nick.

The last instrument he pulled out was a dowel rod – owwww… but I felt like I could take it. That swishing noise is something, isn’t it? Very powerful! Wow that will get your attention. But Nick wasn’t being very harsh with it. And with little breaks I passed my fifty-three mark when Nick said ‘Wait right here’ (like I was going anywhere) He was back soon and I quickly felt what he had gone for, he had gone down in the basement to get several different size dowel rods! He starts experimenting with the different sizes. Again – owwww! But my butt won one round and the dowel rod broke. He changed to another but I had felt plenty of that so I asked him to please switch again. To which he happily replied “I am switching” and continued. LOL! Doesn’t everyone love a smart ass top!? 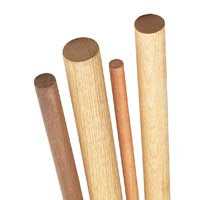 
*All the toys except for the dowel rods are our real toys!
Posted by PK at 12:05 AM