Lend me your ear

Seriously, I could use one. I’ve mentioned before I have a good ear and a bad one. Friday evening, the bad one got significantly worse. I’ve been surrounded by people with hearing loss all my life. My grandmother, who lived with us when I was a child, loss nearly all of her hearing before my mother was born. I learned early to speak loudly and clearly for her sake. But it also fell to me, in elementary school, to be chose to go and speak with the ancient and deaf librarian who terrified us all. But at least I could communicate with her. 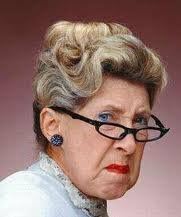 This is how I remember the librarian.

Mom also became very hard of hearing as she got older, we could always talk face to face but phone calls became impossible. Both of Nick’s parents lost their hearing and now it’s nearly impossible to talk with his dad even face to face. I got them a white board to make communication easier, but will any of them use it. No. Sigh…

Nick has also lost most of his hearing but with hearing aids he does quite well. It does cut down on pillow talk, but we manage.

I didn’t know what had happened Friday night, but the change was noticeable. Monday morning I called the ear doctor and got an appointment for that afternoon. They confirmed that there had been a change in that ear and the doctor decided it was probably a burst blood vessel, something like a mini-stroke – just in the ear.

She suggested we try some steroids, which might bring back some of the hearing loss. She said I could take them orally, which might send my blood sugar up or an injection. I said I didn’t care, whichever she thought might do the best. And she suggested the injection. I didn’t, however, know the injection would be in the ear! Yep, right through the ear drum and into the inner ear. 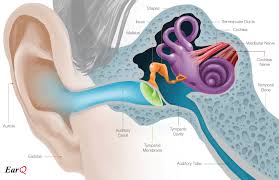 That was different. They numbed it – that was painful! But only for a few seconds, then the injection wasn’t really bad. But it truth I don’t have a great deal of hope that it will do any good. I wouldn't mind being wrong.

Anyway, that was my Monday. I hope yours was more fun.