I’m beginning my look back with my first two post. I won’t be putting up every post from the beginning, but I thought as long as I was going back I could at least let you see how it all started.

I have been reading some of the wonderful blogs out there for a few months. Within the last few days I got the courage up to leave a comment and now I'm blogging. 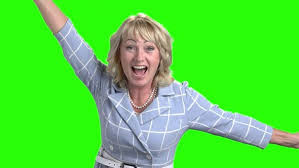 This is just a way to sort out my feelings since no one can possibly talk to friends and family about their desire to be spanked. Hell, it took me twenty-three years to get up the nerve to tell my husband.

That's not exactly true. We dabbled a bit four years ago. I liked it but we just let it go because of children in the house, there needs and my aging parents' needs took up a great deal of time. I stayed so consumed in other things that I just had no interest in sex. None. Zero. Zilch! I wanted to want it, but I just didn't.

It was unbelievable! Normal, sane, regular people, women like me who had answers to my questions and made me feel normal again. I believe my husband thought he died and gone to heaven. We have made love eight times so far this month and truly in the past I would have thought that was fine for a year! He is happy but stunned. I already have him reading many of my favorite blogs.

I found that once I started leaving comments that it wasn’t enough, I wanted to say more, ask questions, and just talk. I hope to hear from some of you.

It is so comforting to be among like-minded people! I remember thinking about spanking since the age of four or five. It is the only thing I have ever fanaticized about. So while I have been thinking and longing for this for over forty years I still worried that now I have jumped into something too fast.

The idea of a DD marriage in something I have long dreamed about but truly I just can’t possibly see it happening. My husband could never even correct our kids much less take control of me. But I asked him to try this in one area of our lives. Like many other my age I am no skinny fashion icon. Let’s call my husband Nick. Nick has never made me feel unattractive because I am over weight, never fusses, nothing to make me feel bad over it but I know he would be pleased if I lost because of the health issues.

Well, I want to lose some. I do not plan on being skinny or ever thin but to feel better, help my knees, decrease my risk of diabetes, high blood pressure, cholesterol problems, etc. and to feel better with my overall appearance I have to do this! I asked Nick to help. I have had him doing some reading on DD relationships. We have come up with a reasonable and completely doable plan. I will weigh in every two weeks. If I don’t reach goal there will be a discipline spanking. (We quickly changed this to if I’d made no effort to lose – no exercising, no walking, over eating junk… then I got a discipline spanking, nothing was tied to losing a specific number.)

Well he has agreed but I didn’t believe the old boy would follow through. He worries that he is hurting me when we just play. But I was wrong! Friday morning once the kids left he said we needed to get something clear. He said he was going to show me what a discipline spanking would be like because he said I showed so much fascination with it I would probably miss goal intentional just to experience it. (He may be smarter about this that I gave him credit for!) I went over the end of the couch and had my first hard spanking with his belt. WOW! OUCH!! DAMN!!! It hurt like hell. But even then I was thinking – YES! 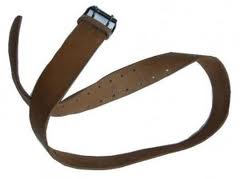 One problem arose because while my mind is as chocolate at it gets, my poor ass is as vanilla as they come. There was some pretty bad bruising. I was as proud as I could be, but it may have scared Nick a bit. I have told him over and over that I am great. We communicate about this mostly through email because talking face to face is too embarrassing for me.

All seemed to be working out just as I wanted! Nick agreed to have this part of our relationship as DD. He has shown that he can actually come through with the good when he has to. He has also promised to remember that good girl spankings are to come as often as possible. There was only one part I hadn’t completely thought through—now I actually have to work to lose the damn weight! Well that stinks.

I’ll keep you posted on how things are going.
Posted by PK at 5:00 PM