I wanted to let everyone know that KayLynn - my friend who has written and shared so many wonderful Fantasy Friday stories with us has finally begun her own blog - Externally Motivated Wife. You need to pop over and give it a read!

What a week! The first week of school is always wild and this was no exception. But so far my new philosophy of remaining calm and doing my thing is holding. When things got too crazy I just laughed. And when I need something from the office that I knew everyone else was waiting for I make myself NOT ask for it. I mean these people were working like crazy trying to get out to us what we needed and everyone was hounding them. I just smiled as I walked through the office and assumed they would get things to me as soon as they could. 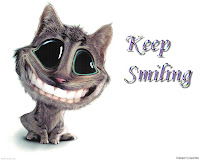 I had to spend a lot of time last week working on plans for the next day – keeping me away from my blog and everyone else’s for the most part. But I am getting a handle on things this weekend so maybe I’ll have some time this next week.

But after I did my homework Saturday Nick and I found ourselves alone for the afternoon/evening. Not only were we alone – we had the 4 DVD’s that we had ordered just sitting there waiting on us. We were in no hurry after Mollie left. In fact we napped a while and did our own thing. But soon enough Nick asked me if I was ready to see a movie. 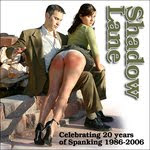 I went to get a drink and told Nick I didn’t even know exactly want I had ordered so to just reach in a grab one of the movies. When I joined him in the he tossed one of the DVDs on the bed and said “Somehow this one seemed appropriate” I checked out the title “Spoiled Rotten”. Now in what way was that appropriate I want to know?? But it really was a good movie – for what it was. It did make some attempt at a story line, and unlike some, the guy in this movie was really spanking! The girl was really cute. She had a great figure without that skinny butt that some think should be in style these days. So if you do want to order some movies for yourself here’s the link, Shadow Lane.

d when it was over we did just fine without a script! I got a wonderful fun spanking – and some diet talk which I’ll tell you about Tuesday. After watching the movie and the great spanking along with some stern diet talking I was ready to jump Nick – so I did!! We had a wonderful time! And after all that (and here I am just plan bragging) Nick fixed supper while I played on the computer. But I’m still wondering why he thought the ‘Spoiled Rotten’ movie would be appropriate? I guess it will always be a mystery.
Posted by PK at 12:01 AM