Calling all Harry Potter fans! I got the most interesting email the other day from one of my favorite people in the world – Paul. It seems that he has a dear friend that writes fan fiction for Harry Potter but didn’t really have anyplace to post it. I am happy to say that they gave me that honor. So today and tomorrow you will get to read Jflame’s view of Hogwarts. Pay close attention to the cast of characters. Please let Jflame know you are reading.

Parents: Orion & Moria Lupin. Siblings: Remus
J. (older) & Arthur Albus (younger). Orion, Moria & Arthur killed by
death eaters. Adopted by Severus Snape. Potions master and son of
Albus and Minerva Dumbledore. Descendant of Merlin and Salazar
Slytherin. Jay-Merlina works hard at her lessons, and is top in her
year, 2nd. An illegal animagious (Phoenix) and legimens. Learning wish
magic. Fluent parslemouth. Her familiars are a snake (Circe) an owl
(Siren) and a phoenix (Blaze). Doesn’t really have any friends as she
prefers her own company. Her pranks rival the Weasly twins (she sells
her potions to them). Hangs out in C.O.S and talks to the new baby
basilisk and Slytherin's ghost. Bane of most professors because of
pranks. I think we will hear from her again. 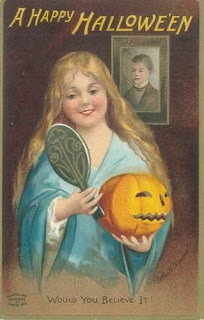 I am a student at Hogwarts (Slytherin) and I can do magic with or without a wand. Before the Halloween feast i make my way down to the kitchen. After tickling the pear and stepping thru the portrait i spot my favourite elf Sipsy. "Sipsy.. i want you to slip this potion into the drinks. Staff too. Leave 5 or 6 without on each house table, including mine" I whisper. Sipsy giggles That night at the end of the feast when people started to itch I summoned a mist. When after 30 seconds it lifted the hall was deathly quiet. The staff and 7th years were dressed in dominatrix leathers. 5th & 6th wore mods & rockers gear. 3rd and 4th wore 60s fashion. 2nd wore animal costumes and 1st years as clowns.

Dumbledore began to chuckle and was about to speak when a disembodied voice boomed thru the hall. "LADYS & GENTLEMEN, WELCOME TO HOGWARTS FIRST FANCY DRESS PARTY! PLEASE STAND AWAY FROM THE TABLES." As everyone moved away I magicked the tables to the side. "THANK YOU. AN NOW YOUR TEACHERS AND HEADMASTER WILL LEAD US IN THE TIMEWARP!"

The staff looked shocked as they were drawn to the floor and lined up. "WHY ARE YOU 3 OUT OF COSTUME?" Hagrid became a caveman, Remy a white rabbit and Sev, a cute toddlers romper suit in pink. As the music began Sev & Remy glared at me. The hall erupted into laughter as the staff were forced into the routine.

Remy followed as Sev pulled me into the nearest classroom shutting the door behind him. "What potion did you use?" Sev barked. I giggled and got a sharp swat from Remy. "What good is a prank if you give away the secrets?" Sev looked livid. Remy was behind me but I’m sure I heard him laugh.

"So you won’t tell us anything?" Sev growled. "Nope!" Striding across the room Sev grabbed a chair and placed it in front of me. "Remy.. will you warm her up." Remy sat down and looked at me sternly. "You know the drill, Jay-Merlina." Rolling my eyes i removed my robe and trousers & lay over his knees. Hooking a finger into my underwear he lowered them to my knees. "I think we will go straight to the bare." He didn’t waste any time. His hand went up and down raining spanks over every inch of my small bottom. I squealed and yelped and kicked my legs. He kept spanking me until my mounds were the same colour as a quaffle.

"Right miss, are you ready to talk now?" Standing up i fought the urge to rub as I shook my head. "FINE." Sev snapped. "ACCIO JAY'S PADDLE "Accio Jays paddle." Before i could do anything, Sev had sat down and was pointing the paddle at me. "Tell me how you did it and instead of 40, you'll only get 15." Shaking my head he snarled and pulled me otk.

I was crying by 10 and limp by 30, so he stopped. "Ok my child, it’s over." 10 minutes later i was dressed and sitting on my dads lap as he hugged me. 10 minutes after that we were back in the great hall. Albus beckoned me over. "Great party my little Merlin, but I don’t think your dad and Remy like their costumes." "But Grandpa, .they look great." Albus looked over at them and chuckled. Casting a 'notice-me-not' charm I disappeared just as the voice spoke again.

"AND NOW, OUR TWO WIDOW TWANKEYS, SEVERUS & REMUS, WILL DANCE TO THEIR FAVOURITE SONG, DANCING QUEEN." 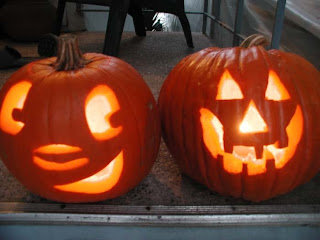 Here is a little information about our author.

Bio: - Jflame. 27. Kent, England. I love writing spanking stories especially Hogwarts. Uncle Paul says I’m a brat but a very nice one. I work with kids and I will soon be a officer with the Boys & Girls Brigade. Like Jay-Merlina, I am a prankster but unfortunately not with magic.

Don’t forget to come back tomorrow for the next installment.
Posted by PK at 10:20 PM