My connection to the Met Gala

Okay, you have to dig for the connection, but it’s more than I’ve ever had before. On the afternoon of the Gala, LJ text me and asked, ‘Are you familiar with the Met Gala?’ 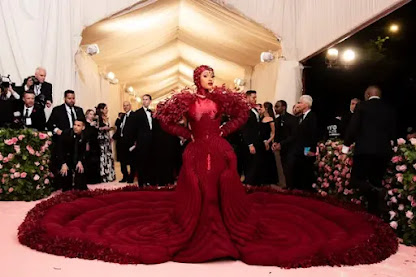 I told him that I was, but not to invite me because I didn’t have a thing to wear. He answered, ‘Watch the red carpet and you might see my work.’ I know LJ’s work and this made no sense so I waited for the next text.

LJ works at Little Island in NYC, a new beautiful park financed solely by Barry Dillard. Barry Dillard is married to Diane von Furstenberg. She owns a lovely building near Little Island and gave one floor of this building to house the offices of Little Island. Actually it’s a big open space where they all work.

On the afternoon of the Gala, the elevator opened and a somewhat frazzled woman rushed out asking loudly, “Does anyone here know how to tie a bow tie?”

Everyone stared in silence until LJ spoke up, “Yes, I can tie a bow tie.” This was a skill he picked up as a theater major in college.

“Come with me!” the woman called and they headed to the penthouse, Diane Von Furstenberg’s apartment. It seemed that neither this lovely designer nor any of her assistance could tie a bow tie! It was actually Diane’s granddaughter's boyfriend in need, and after having him sit – as LJ said, ‘This guy had to be nine feet tall!’ LJ tied him a lovely bow tie was profusely thanked by the family and went back to work. 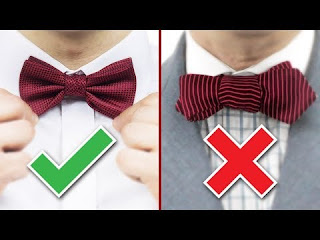 Living in New York City is something I’d never want to do, but LJ loves it. And I have to admit he does have some interesting moments.
Posted by PK at 12:00 AM