I’ve had a few people asking about my great niece. The news isn’t great. She did have her surgery – and was very sad that they had to shave off her beautiful long hair.  I think I posted about them putting seventeen leads into her brain looking for the source of the seizures.

They never found it. It sees that they come from many places in the brain. They finally removed the leads and she was allowed to come home. That was back in July. But another surgery was scheduled for her in late August. I don’t know exactly what that was for, as I’ve said the parents don’t share many details.

But they went for the second surgery – the hospital is about four hours away. When they got there they were told that there were so many Covid patents in the hospital that the hospital had just shut down all none emergency surgeries. So they had to turn around and come home. They are still waiting. 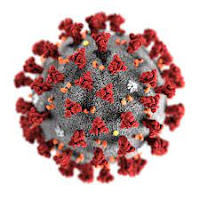 Covid has reared its ugly head here again. Mollie has eighteen kids in her room. So far she hasn’t had more than fourteen there at any one time between kids with active Covid and those who are quarantined. We were feeling comfortable going out to eat and doing a little shopping during June and July but now I’m crawling back into my shell. I feel more confident that Nick and Mollie and I could survive the virus since we’ve all been vaccinated – but I don’t want to test my theory.

Stay safe out there.