Welcome, welcome! It's Friday again and we are in the middle of a great story from my friend Annie. I thought this story had six part, but as I went back looking I found another. There are seven in all. So a two more weeks on this one and then I have two brand new stories waiting in the wings.

In this story, I really like Bill, even though I think he's a bit heavy handed at times. Sylvia seems to thrive on his attention. You can read one, two, three  and four here.

Sylvia woke to Bill rubbing gentle circles over her back. Stretching like a cat she leaned into him, then pouted when she remembered their argument.

“Don’t think you can play nice after you were so mean to me.” She huffed.

“I am not playing games with you, missy. I thought we could talk this over but you want to pout you can just go get the paddle and we’ll get started.”

“Not the paddle. That is not fair. I am already so sore, please, just use your hand.”

“Let me review. You lied to me, you rifled through my things, you made assumptions without even asking me how I feel, you hit me with something in a fit of anger, and oh, yeah, you lied to me. What happens when you do any one of those things?”

“I get punished.” She whispered.

“And that is exactly what will happen today. Go into the den, and wait for me.”

Sylvia’s stomach clenched when she saw what was waiting for her. Neatly laid out on the coffee table was the wooden paddle, Bill’s old belt, a wooden spoon with a flat handle, a bottle of lotion and one of lube, and that damned butt plug in the middle like some perverted centerpiece. He must be furious if he planned to use all of that and her butt was already hot and sore from the spanking on the porch. She perched on the edge of the ottoman, staring at the belt, the one he used when he caught her lying. Why did it always seem so clear when she was doing it and so wrong when it came time to pay? It killed her to disappoint him, and this was a doozy. If she hadn’t been so embarrassed none of this would ever have happened.

Bill stood in the shadow, watching the emotion play across his wife’s lovely face, silent tears trailing down her cheeks. The thought of losing her cut through him, but worse was knowing he had let her down. This was no time to be gentle; he said she would be punished and he had to follow through. Rubbing at the lump on his forehead he gathered his resolve and walked into the room. He scooped her onto his lap and settled onto the ottoman, holding her tightly and whispering how much he loved her in her ear. Then the questions started.

“I didn’t listen.” She murmured.

“Just punish me and get it over with.”

“Oh, no, little girl, you have a long way to go before we get to the punishment. First you are going to answer every one of my questions.” 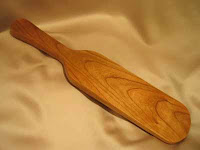 ent into your stupid suitcase because I wanted to get the paddle out and ask you to use it, just a little, not like when I’m in trouble, but more fun.” She peeked up through her lashes at his stern face, hoping he would understand. “I’m sorry, I didn’t mean to violate your privacy.”

“Of course not, there isn’t anything I own you can’t open, except maybe the week before your birthday. But why the hissy fit. I just don’t get it.”

“You mean the butt plug?”

“Yes, that, then I knew you had been, well sneaking around and spying on me, and that just made me so mad I couldn’t think.”

“And it never occurred to you to maybe ask me, instead of screaming and throwing things?”

“No. You had no right to go into my private things.”

“Are you afraid of that particular toy?”

“I just don’t think there is any reason, oooph, what are you doing?”

Bill swept his arm under her knees and tipped her back until she rested on the ottoman beside him, her legs tucked under his left arm, her bottom stretched and vulnerable.

“I think we might make more progress if I can encourage you to just answer the question I ask, not tell me what you think.”

He peppered her bottom with sharp swats, especially the creamy white stripe in the middle, tender skin that was hidden in any other position. Then he picked up the wooden spoon and laid into her sit spots, working up and down the tender crease had her howling in just a few stokes.

“It doesn’t matter what I think, oh, no stop that’s not fair.”

Bill worked another circuit with the spoon, this was a great position, and it had her full attention with very little effort. He would remember this the next time she earned a punishment. This time when he laid the spoon down he lightly stroked his fingers across the hot tight skin. He applied a drop of lube to her crease and slowly rubbed it up and down, circling closer and closer to her puckered anus. No squawking now, he noticed, if fact, despite a boiling hot bottom she was panting and dripping wet.

“Now tell me what the big deal is when you so clearly love having your ass touched.” He said as he slid a finger deep inside.

“I don’t want to talk about this.” 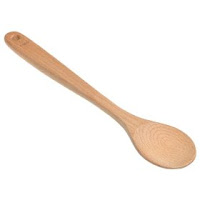 “No problem.” And he withdrew his finger and picked up the spoon. Ignoring her shrieks he placed sharp smacks up and down her crease, until the colors ran together into a dark angry red.

Bill tossed the spoon and went back to using his hand, spanking more lightly but enough to make an impact on such tender skin.

“You are going to get every lick you got coming to you before this weekend is over. You’ll be remembering this punishment for a long time, and I hope when you are tempted to lie you will decide it is just too risky. But right now, I am going to talk to you about my hopes and my feelings.”

He cuddled her onto his lap, holding her close, feeling her tears soak his shirt front.

“Enough. I am tired; it has been a long day. I want to put off your punishment, put off our discussion and make love to my wife. In fact, I plan to shove ‘that thing’ right inside your tight little ass and tease you until you beg me to take it out and use my dick instead. Then WE will decide if WE like it.”

Two days later they drove home, tired and happy. Sylvia had never had a worse punishment, a better weekend, or a sorer ass. Bill was planning a gym membership; he could use a little more stamina.

But they agreed, it was what THEY wanted.

Annie I continue to enjoy this story! I love older couples as a rule and I love this one in particular. I guess you're never to old to explore a new kink!

I hope you have a fantasy that comes to mine. One you enjoy letting roll around in your mind when you have time. Try writing it and sharing. You can send stories to elisspeaks@yahoo.com
Posted by PK at 9:00 PM