When you gotta go...

I haven’t forgotten the basic idea behind this blog. There will be more spanking content in soon I promise. There has been a little spanking here and I have no doubt that there will be more to come. But today I want to have a mini-rant on a totally unrelated subject. Men, feel free to step away from the computer at this time. 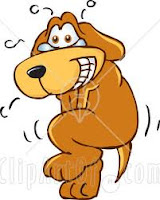 men who are anywhere close to my age completely understand the danger of coughing, sneezing or laughing with a full bladder. Let’s face it bladder control is a problem most have to live with eventually. My kids used to occasionally complain that I must be a bathroom inspector; I hate to pass one up without checking it out. When these mild complaints were voiced it was my cue to launch into my speech –

“You want to know why I stop at ever bathroom I pass? You really want to know? I’ll tell you. Two humans lived inside my body for a total of 18 months! What did they do during that time? I’ll tell you what they did! They either stood or sat on my bladder. If they weren’t doing that they were kicking, stomping or mashing it. Who were those human? It was you two so I don’t want to hear a word when I have to take a restroom break!”

Usually by this time they subside to minor eye rolling so I skipped the part about the trials of potty training them and the many desperate searches for bathrooms when they had emergency needs.

This hasn’t come up in many years but there is a commercial on TV these days that really sets me off again! Have you seen it? The commercial tries make women feel guilty for having to take frequent bathroom breaks. I know it’s for a bladder control medication but it still annoys the heck out of me! One part of the commercial shows a mom having to take a rest room break as her daughter is trying on a wedding dress. When the girl looks around for her mom, only to find she has stepped out to the bathroom the daughter seems as though her ‘special day’ is ruined.

Mollie and I were watching TV one night when this commercial came on and I just went off on her in a bit of a teasing rant to Mollie “Girl let me tell you one thing! If me having to go to the bathroom during a shopping trip for your wedding gown, which I’ll be paying for by the way, is enough to ruin your day then you won’t be mature enough to get married in the first place!!”

Mollie who is so used to my rants she barely notices, gave me a quick glance, a smiled at me and a ‘got’ch mom’, before returning to her book. About a half hour later I got up to go to the bathroom. As I passed by the couch Mollie looks up, slams her book shut and says ferociously “Going to the bathroom Mom? I can’t believe it; you have just ruined my evening!!”

Geeze, such a smart ass. She must get that from her father.
Posted by PK at 12:05 AM