Since I’m still not feeling like much fun and games I thought I’d give you an update on the kids. Haven’t done that in a while. LJ and Colin have been in New York City for 4 months now. I haven’t seen either of them in all that time and it’s killing me. But at least he’s pretty good about keeping in touch. I’m content because he seems happy and he hasn’t asked for money – 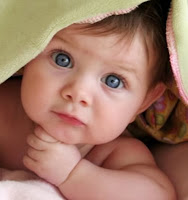 what more could you ask from an adult child? While in NYC he has been cast in two parts. He has done one play and was recently cast in a short film. In the play he played a priest. Not sure how that worked. I think he looks about 16 myself, not exactly the wise old priest look but evidently he pulled it off.

For this film he is really going to have to dig to get in the proper mindset. He’s playing a gay man living with his boyfriend and their two cats. Hmmm… I asked if the director was just going to set up his camera in his and Collin’s apartment! Now neither of these has been money making parts but he’s still been cast. It New York with everyone there being an out of work actor hungry for exposure I am still very proud of him. Collin has also snagged a small part in a movie being made at one of the schools in NYC. I feel that they are doing great and they seem to love every minute of their lives. They will be home the last weekend in October and I can’t wait. We wanted to go up one weekend this summer but there was too much scheduled and LJ said it was soooo hot! NYC is a walking town and he knew the heat would have killed me. Mollie is trying for perfect attendance this year and I didn’t want to mess that up for her so we are waiting and going over our school’s spring break. The boys hope to come home at Christmas but if they do get a part in anything all bets are off. That will take precedence. 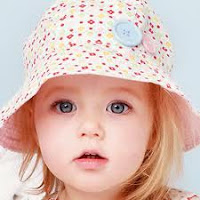 Now for my Mollie. She is a bright shining spot in our family. She has turned into such a lovely young woman. She will be 18 later this month and that fact just blows me away. She is loving school for the first time since she was in kindergarten. That’s because she has basically gone back to kindergarten! As a senior she is taking the courses at her school that allow her to work in the school’s pre-school. Both of her afternoon classes are there and she comes home with the most wonderful stories about her little 4-year-olds. She has to plan lessons and activities. She is well aware of their 10 second attention span. (Just a side note, my 6th graders have increased their attention span to 12 seconds.) Her teachers have been impressed with her work, her idea and her endless patience. Patience, LOL! When she was younger this is not a trait I ever felt Mollie would master!

She was on the Homecoming Court last night representing one of the school's club. That girl was beautiful as she was escorted the best looking man at the game. Yes she asked her dad to escort her. We got her a beautiful new dress and she found her dad a tie to match. I thought they both looked wonderful! Mollie has also begun applying to colleges and next year at this time she will leave us to our empty nest. That’s not the horror I once imagined but I’m going to miss her terribly. All her college choices are fairly close – not more than a two hour drive. She still wants to be a teacher despite my trying to get her to at least look at other career. And now she has really begun to focus on the kindergarten – 1st grade age group. I know she will make a fantastic teacher and she will be wonderful for the children but I hate and dread all the torment she will have to endure in the ‘education system’ to have the privilege of working with the little ones. But it’s her choice and I’m sure she’ll make the right one.

So there’s the kid update. I realize my babies are grown now. And not to brag but I couldn’t be more delighted with the way they have turned out. Some of this is because of Nick and me and some is in spite of us. But they are wonderful people and I am the proudest mom on the block!

Now should I ever stop coughing and sneezing and blowing my nose I hope to get back to some sexy, spanking things to blog about occasionally.
Posted by PK at 12:05 AM