This has been some weekend – a very full happy one! It really began last Thursday when Mollie ask me to accompany her on a very special pickup. We traveled about an hour from home and returned with this little girl to add to Mollie’s menagerie. 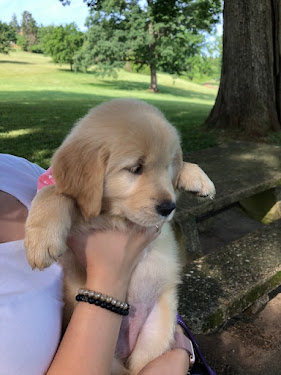 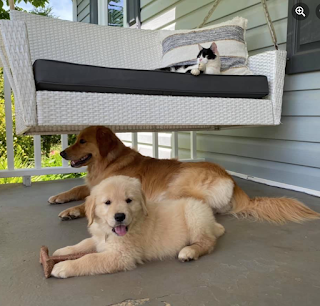 I love this picture of her with her big sister, Mollie’s older golden. They are already getting to be buddies. 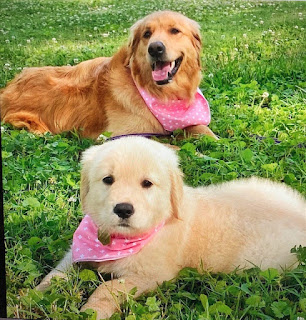 That was tons of fun and Nick and I were wrapped up in the fun of having a new grand pup when late Friday night it occurred to me that the next day was our wedding anniversary! Thirty-eight years to be exact. I had no gift, no card, no nothing. When its gift buying time, we usually just laugh and buy practical things we need. I had teased him not long ago that he was getting new storm doors for Father’s day. I’m not really big on ‘special days.’

Nick usually has me a card and if it was in my chair when I came in the next morning I was going to feel bad. Next morning, no card. I went to Nick and gave him a kiss and said, “Happy Anniversary!” The poor man looked stricken. I laughed and admitted I’d forgotten too.

No hard feelings at all. We headed up the mountain late that afternoon – it was fifteen degrees cooler up there and had a nice dinner and a walk down the quaint little street and through the park. It was a very nice anniversary.

One of the reasons we forgot was because we had another celebration on our minds. Sunday we celebrated Nick’s dad’s birthday and not any birthday – this was his hundredth birthday! 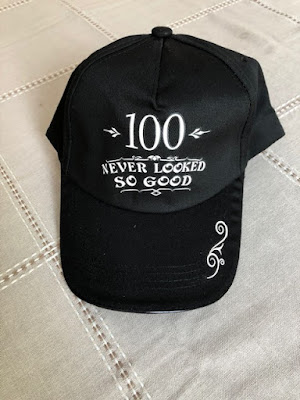 Lots of family, his nieces and nephews, their kids, his kids and grandkids and great grandkids too. Plus lots of people from his church. He had a great time and the rest of us did too.

So that’s how I spent my weekend. I hope yours was as much fun!