I haven’t had much spanking action to report lately but I will tell you we had a wonderful adults only afternoon Wednesday. Nick took an unexpected day off, we exchanged a few teasing emails and then… well, let’s just say all the fans were in use! I do think afternoon is the very best time for such delights.

But I wanted to catch you up on the grand opening of ‘Little Island’ and all that LJ has been doing this month. Unfortunately, it opened on a beautiful Friday in May when every human in NYC wanted to get out and come see it. Hundreds had to be turned away because there is a strict limit to how many can be there at the time. And who’s job was it to tell this annoyed/angry mob that they couldn’t have their way – LJ of course.

So all these people were all yelling at my baby. One man was screaming at him so vehemently that three people in the crowd called the cops fearing LJ was about to be attacked.

Did it fluster LJ – not at all. That boy let it roll off his back. In fact when the man screamed that he had LJ’s description and that he was going to sue him personally, LJ said, “Don’t worry about my description. Here’s my card. Send me an email when you can come back and I’ll buy you a beer and show you around the park.” And eventually the man left, somewhat mollified. My boy knows how to de-escalate a situation.

I’ve been the most excited about the people he’s met. He got to talk to Gayle King briefly, saw Robin Roberts, and he spoke with Candace Burgan.  His boss was going to meet a VIP and bring him in. She asked LJ if she should take a security detail with her. My boy calmly

tells her, “I don’t really know the man, but I’ve met him a few times. Paul McCartney has been a Beatle for a long time, he knows how to look like just an old white guy. Don’t take a crowd that will draw attention.” LOL! There is nothing like name dropping.

But this past week my boy was asked to bring in a VIP. A person he has greatly admired nearly  his whole life and he was very honored to do the job.  He was excited to tell me who it was. Actually he couldn’t tell me but gave me a few clues. This guest was walked through by the creator of Little Island, Barry Diller and his wife Diane Von Furstenberg. But LJ got to spend about five minutes talking with her as they waited for Barry and Diane. Who was this honored guest? 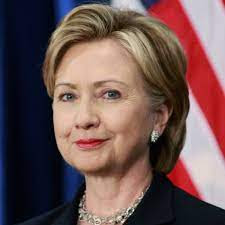 He was asked to wander along behind them in case they needed anything and he was happy to do so. There was one incident he said he had to laugh about. Someone in the park recognized Barry and Diane and asked them if she could take a picture of them. She asked the ‘other’ woman if she would mind stepping out of the picture. Hillary, wearing her sun glasses and a hat for shade, stepped aside and waited quietly while the picture was taken and then they resumed their stroll. Geeze, folks, pay attention.

LJ is living the good life in his mind, doing a job he enjoys and meeting interesting people. I don’t know where he got his ease with all kinds of people but it wasn’t from his dad or me! You go, son!