Are you familiar with figging? If you're not you can see the general definition here. might want to Google it. It's an interesting practice. We've tried it a couple of times over the years and personally I enjoyed it, it's very intense. This throwback post tell about the time when I was first beginning to consider it. And touches on the problems of trying to indulge in TTWD and this lifestyle when you still have kids at home. 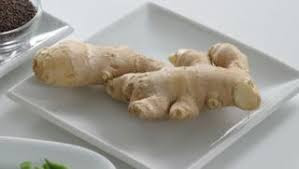 I listen to people out here. Really I do, so after reading Tiggr and Theresa and a few other places I just decided that I would get some ginger root when I was at the store. Mollie was with me, but what does she know about cooking, except that I don’t do it? She asked me what in the world it was and I just told her it was a spice. I just stuck it in the fridge deciding I'd give it some thought.

Last night I was sitting quietly blogging away while Nick and Mollie were in the kitchen when Mollie shouts to me, “Mom your ginger root is still in here what are you planning to do with it?”

Unfortunately, trying unsuccessfully to hold it back caused it to burst out more like a sob and Mollie ran in to see why I was crying. Of course I was laughing so hard that tears were running down my face. She wanted to know what could possibly be so funny. I couldn’t come up with a thing. I just kept laughing and shook my head at her, which of course made her mad.

I really need to remember something like a belt or hair brush on the couch is not a dead giveaway to the average vanilla person. I am sure some people cook with ginger. But I’m not some people! Would anyone out there be interested in a teenage? We could work out some kinda time share maybe. Think about it and let me know.

As I re-read this I remembered a time after this when Nick was the one buying the ginger. The girl checking him out that day ask him what he did with the ginger. He told her, "I have a hot little dish I want to put it in." What a sweetie!