Here is the conclusion of The Challenge. I hope you enjoy it. If you haven't read the first part go here or just scroll down.

Annie resigned herself to her fate. She just hoped he would hurry. She wasn’t too worried about the pain but the embarrassment of submitting like this was paramount in her mind. Until Jonas’ first swat – suddenly pain was right in the front of her mind agai

“Owwww!!! THAT HURT’S!! Not so hard!” The sting was way more than she was expecting.

“What makes you think you have any control of this?” Jonas asked sternly. Spanking hurt and you will be doing all you can to avoid another one.”

The paddle descended again eliciting another howl. “There will me no more skipping sessions.”

At the third swat Annie began kicking. This was way more than she was expecting. Jonas ignored her except to put his leg over hers. “You are responsible for what you eat. Snacks at school and no excuse – you are a grown woman and you decide what you eat.”

Each spank was delivered with great force and right at the top of her thighs. Ten had seemed like a low number when Jonas had started but she hadn’t counted on them being this hard. Seven more seemed like a huge number! With each spank Jonas had a piece of advice.

- don’t be so easily discouraged

- ask for help if you need it

- remember that you deserve to be healthy

Jonas paused before the last one. “One more to go Annie and you need to remember this – I’m going to be here caring about how you are doing until you start careing yourself.” With that thought he delivered the hardest swat yet and Annie found herself limp and sobbing over Jonas’ lap thinking that if it has been any longer she couldn’t have stood it. That man spanked HARD! She was trying to control her tears as Jonas helped her to her feet. He hugged her as she got control of herself.

“Do you understand now that this is not a game? It’s a chance for you to get some control back. You deserve to live a long, healthy life and that starts today. Now are you ready to get started?” 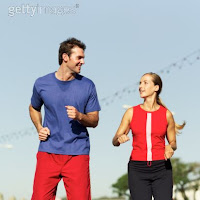 bbed at her backside – “I think I’m too sore to work out tonight.” She told him with a shy smile.

“I’ll be more than happy to provide more motivation if you think it’s necessary.” Jonas offered.

NO! No, really you’ve done plenty! I’m ready to work out, but maybe not the stationary bikes , okay?”

Annie woke up slowly in Jonas’ arms. This morning had been the final weigh-in, total loss in three months 27.4 pounds. She wasn’t sure whether she or Jonas was prouder. He had been true to his word and had been at her side the whole way. She couldn’t help thinking back to that first time he had spanked her. She had been in shock – and pain. That day she was sure she would never give him an excuse to spank her again but there had been a few times.

The next time she had blown up during a difficult training session and stormed out. Jonas has come looking for her and found her in the ice cream shop close by. She hadn’t been able to get the first lick of her double dip cone. Jonas had taken it right out of her hand and tossed it into the trash. Annie had been livid! She had told him exactly what she thought of him – to the entertainment of everyone in the shop. When she finally ran down Jonas took her hand and led her back to the gym.

She hadn’t been able to keep her pants on that time. Shorts and panties had come down – the evil paddle out and as she had had her say in the ice cream parlor Jonas had his say with the paddle. And it still hadn’t got her out of completing her work out that night, red rimmed eyes, sore bottom and all.

But over the months she and Jonas had grown closer and closer. He invited her running (well walking at first) and soon they had begun eating dinner together most every night. A 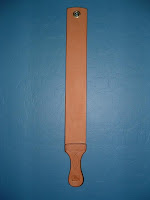 nnie was so happy. She knew how much Jonas cared for her.

But even with their closeness it hadn’t kept her from getting several penalties for being late – one of her biggest problems. Annie shuddered as she remembered the strap. The first time – five on her bare butt had kept her on time for two weeks but eventually old habits won out. That last strapping – all to her thighs – had done wonders for her tardiness problem!

But this morning’s weigh in was the best. She made her goal, got her $500 back and received a delicious kiss from Jonas in front of everyone. They soon found themselves back in Jonas’ office.

“You did it honey! I’m really proud of you.” Jonas kissed her again and Annie felt herself growing damp at his touch.

“I can’t believe it!! I know I’m not through but now I can work out without worrying about your nasty paddle. I’m glad that contract is OVER!” Annie sighed.

Jonas laughed. “Yes the contract’s over – I won’t be spanking you for breaking it. But now you’re really mine – and if you back slide or don’t do everything you can to take care of yourself you’ll see those past spankings as nothing more than love pats.”

“What do you mean, you can’t spank…” Jonas’ kiss stopped her in mid-sentence. ‘Oh what the hell’ Annie thought to herself as she melted into the kiss, ‘we’ll talk about it some other time’.


I firmly believe more of us would be in better shape if we could find some gym programs like this! But so far I haven't come across any. I'm trying to get back in the habit of going back to my gym - nothing like this has been mentioned so far, but if it comes up I'll let you know.

I sure would like to hear from some of you - come on everyone, just one story!! Send any you are willing to share to elisspeaks@yahoo.com
Posted by PK at 12:05 AM