Happy Friday everyone. A quick update on Mollie's interview. She said she felt good about it. She didn't say anything she felt stupid about after it was all over. I guess that's the best you can say after an interview. The biggest concern is that they are only taking 12 CIT this year. And Mollie remembers counselors from Jamaica and even one from Africa. So I guess we'll see. She should know something by mid-February.

As promised we have chapter two of 'Another Chance' the story we started last week. Click here to read the first part if you didn't get the chance last week or if you want to refresh your memory. You'll like this chapter for sure and the best news is that there will be at least one and possible more with these characters. I love stories that go on like this!

Bill and Sylvia ran to the waiting limousine in a shower of rice. The wedding, although small, was formal. Both had eloped the first time and the kids and grandkids wanted a special event. After a 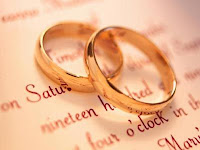 This time, Sylvia was determined to come before the business. She begged and wheedled until Bill finally gave in. Two weeks was a long time for him to be out of the office. But they did deserve a break. Sylvia campaigned for a cruise to the islands, fancy clothes, good food, and spectacular sunsets. Bill favored a sailboat tour of the Florida Keys, private, good fishing, and spectacular sunsets. The kids broke the stalemate with tickets for a private car on an excursion train into Canada, citing the tradition of a Niagara Falls honeymoon. A place neither had been seemed a good idea and peace prevailed.

The first two days were a fairytale honeymoon of romance and lovemaking. The sound of the wheels proved soothing and the slight rocking lulled them to sleep at night. The "Presidential Car" was as luxurious as any fine hotel and the dining car offered fine cuisine from around the world. Sylvia felt like a spoiled fairy princess. Bill laughed, but allowed his beautiful new wife to feed him strawberries and chocolate in bed, teasing about the service. 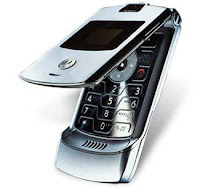 "Nothing important, sweetie, you'd better hurry or we'll miss the falls." Sylvia breezed by Bill, gathering her clothes and heading for the shower.

Bill paced the room, growing angrier with each passing moment. His secretary was reluctant to tattle but finally spilled the beans. She had been trying to reach him on an urgent matter but the phone had been turned off until this morning. When she returned his call Sylvia let her know that no further calls would be accepted. A major contract was lost due to her childish behavior and, honeymoon or not, she was going to answer for it. Mind made up, Bill went into the bathroom just as she stepped out of the shower.

My thanks again to my anonymous friend who is such a wonderful writer! She writes as she has time and is motivated and I appreciate every thing she has sent.

If you usually skip this next part - please read it today.

As always I'm looking for more stories. I always want to invite those of you without blogs to see this as a place for you to try your hand at writing. We really want everyone to have a place to show off your talent but I also want to ask my fellow bloggers if they will share there talent here once. I think of Fantasy Friday as a community project. It's a way to showcase different bloggers and let some people find your blogs that may not have had a chance to see it before. So please if anyone is willing to share please send your story to elisspeaks@yahoo.com