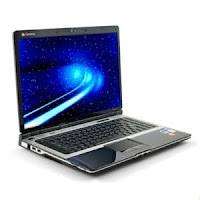 First the good news – I got a brand new lap top! I got my previous laptop just a few weeks after I found blogs and became hopelessly addicted to the whole spanko playground. That was about 3 ½ years ago. It was a really good computer and we went through some fine times together but it was past time for an upgrade. I wanted to avoid Vista if possible so I waited for windows 7. So far, so good, of course I have only been working with it for about 3 hours so I will be able to tell you more later. It’s a pretty thing, a Gateway, and the plug doesn’t have to be held in by one hand while you type with the other. So far I see that as a big improvement!

The bad new – stress at work hasn’t improved much. I had a colleague who has a BP machine check me Thursday after a meeting and it was 155/89 she was a bit worried and insisted I have the nurse check it again a little later. When I did it was 160/100. Sigh… I call my doctor and

went in that afternoon; they got that same high reading. Now I’m on blood pressure medicine and I’m blaming it on the job. My mom did develop high BP but not until she was in her late 70’s. This is too soon and I don’t like it! Maybe when I lose more weight I can come off it. I’ll keep you posted.

I appreciate those of you who came by to read Fantasy Friday this week. It was fun writing it and I think Nick enjoyed it too! We will have another brand new Fantasy Friday again next week. When someone sends a new story I have to tell you it really brightens my day!

And one last thing, Cassie was whispering a story in my ear Saturday and I’ll have to say she had me chuckling. I think we’ll be hearing from her soon. So for today at least, I think the good news outweighs the bad!
Posted by PK at 12:05 AM