What did you expect to find when you first started looking out here? The first time I typed in ‘spanking’ and found blogs I was really stunned. I couldn’t imagine who would write blogs like this. People who admitted – right out loud – that they liked spanking! How strange! Now I had a picture in my mind of who these people were. I figured all the women looked something like this…

In my mind they were all in their 20’s and weighted about 115. I mean really what kind of person would write about liking to be spanked, dominated, and ‘bossed around’ in a sexually relationship? I mean they had to be pretty strange. 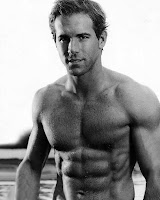 They were strong, sexy, totally competent and completely in charge. They knew exactly what their woman wanted, desired and needed and they always knew when to spank, what to spank with, and how hard and how long to spank... I mean if they weren’t perfect they wouldn’t be out here writing would they? But although this was what I expected to find what I actually found was much, much stranger!

I found myself. Most of the writers were women, most were in their mid to late 40’s (except for baby Grace). Most were married or in long term relationships, they had kids and bills, jobs and in-laws. These women love to be spanked. They wanted to explore the submissive side of their personality. Many of these women were the ones who first brought up the subject of spanking and most of the guys originally thought “What...? You want me to hit you?” But most listened and found that, whether or not they had given this any thought before, they really liked doing it and they liked where it led.

It was very strange to come to this totally unknown venue and find so many people just like me. Many of the new bloggers I see out here are younger. I have to say I am proud that so many women have the courage to come out about their desires much earlier that I did. I like to think that some of the blogs that have been here a while have encouraged spankos to accept themselves and let go of the fear and embarrassment.

I want to thank all the bloggers that I read now or have read in the past and all the commenters too. Because of all of you I not only feel normal I feel like I am part of a very, very special group of people. And even better, once I began blogging, Nick and I started looking like this!!