I have been in a really strange mood for me lately. I’ve been distracted and unsettled for nearly a month but I seem to be coming back to a good place for me. I feel better than I could have imagined a few weeks ago. I feel well loved by friends and family. I am contend and I feel well connected to Nick these days. So what has been strange? I haven’t felt like being spanked. Now for me that is very unusual.

It’s not that I would have turned one down or anything but I have noticed for the last little while that my pain tolerance is very low for some reason. We haven’t done a lot of spanking lately but we have managed a few. But where in the past I have always been the one wanting ‘harder’ and ‘longer’ lately I have been fine with a few swats! The idea of a long, slow, gentle warm up seemed much more desirable than it used to.

So because of all this I wasn’t really anxious for my birthday spanking. I kept quiet about it but evidently Nick hadn’t forgotten. When Saturday rolled around Mollie headed out to baby sit leaving us unattended for the afternoon. We were in no rush and a nap was the first thing on the agenda. But as we woke feeling refreshed Nick took my hand and led me to the bedroom.

He started the warm up over my jeans but that didn’t last long, he likes to see how he’s doing. So the jeans and panties came off fairly quickly. He kept up a nice warm up – about the right intensity. He said “Since this is your birthday do you have any requests for what I should use?” Now like I said I haven’t exactly been daydreaming about the really hard stuff so I suggested out small leather paddle with the fur on one side and the small leather heart shaped paddle we got in LA. Know what he said?? Well I don’t know exactly either but basically he called me a wimp! How do you like that! A former vanilla calling me a wimp!

Well he took my suggests in part – he did uses both, but first a plug. He does know me well! Then he proceeded to also use the flogger, 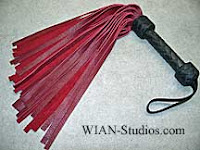 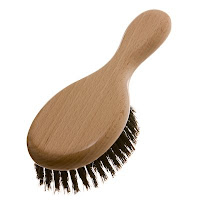 the orange county whapper (pictured in my masthead) and finally his belt. 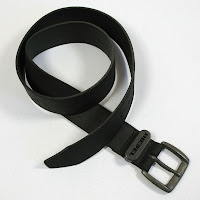 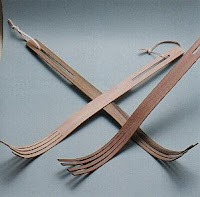 With the birthday spanking over we got down to some really fun stuff. We have some interesting warming lotions that I find a very arousing. If fact everything he did that afternoon I found very arousing. We made love the olde way it was fun coming back to ourselves in a tangle of vibrators, cords, spanking implements and assorted toys. For those who haven’t turned 52 yet I suggest it, you won’t be disappointed!
Posted by PK at 6:13 PM