Here you go! The third and final part of 'The Business Woman'. You will see it keeps on getting better...

After about an hour, he felt she was ready for the second part of her punishment. “Honey, it is time. I want you to get up, put the shirt back on, and go into that corner. Raise the shirt up above your butt, so I can see it and wait for me.”

She looked up, knowing her time was up and did as he said. Boy, her butt was still sore she thought. This time she moved quickly she didn’t want any more than she was already in for. She wasn’t sure how she’d take it on her freshly punished butt, but she knew somehow she’d make it through. She trusted him and knew he wouldn’t push her beyond her limit. She leaned her head

against the wall. It felt cool. She felt hurt already. Sad she had hurt him, hurt John, and she hurt from the guilt inside.

“I want you to re-run the things you said in that office. I want you to think about how John, your ‘right hand guy’, the one you ‘couldn’t live without’ must have felt. What would you have done if you were in his place? I want you to think about that for a while. Think about how badly you treated him. Think about how this isn’t, apparently, the first time. Do you really want the type of reputation you must have at the office? Or, is there another way to handle it. You think, I’ll be back in a little while.” With that, Kent left her to ponder. How long he was gone she didn’t know, but she did think about it. The tears she was sure she was out of restarted. She wanted to be the top person, but she wanted friends, and wanted to do it right. She resolved to herself to change things starting tomorrow. 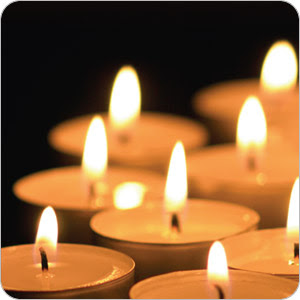 breakfast in bed, followed by a wonderful shower together. He could almost feel her wet sensual body against his. He would follow that up by whisking her off her feet, and into their bedroom for a long, erotic morning of kissing, rubbing, hugging, light spanking, and more. “Mmmmm,” he sighed to himself, “but we have to get through tonight first.” He carefully turned down the bed, got out the cooling cream he would rub on her, and lit candles throughout the room. He set up some quiet soothing music. Her favorite DVD was ready to start when he carried her in the room. Then he sighed again and headed downstairs. He hated to punish her, and had never had to do it twice in a row. It hurt him so much, but he knew she needed, wanted, and craved the lifestyle they had. It kept her balanced and calm. He would do anything for her, and this was no exception. Squaring his shoulders, prepared to be strong again, he spoke to her.

She did as she was asked and once again, stood before him, feeling small and embarrassed.
“Take off that shirt please and hand it to me.” She complied quickly and he realized how sore she must still be to be this compliant. He’d have to take it easy, yet still make his point.

“Do you know why you’re here young lady?”

“Yes sir. I lost my temper and I took all my frustration out on my best employee.”

“I was proud that you made a very good apology to him… after a little persuasion. I was afraid I was going to need to spank you at work, or worse, in front of him. You wouldn’t make me do that would you?”

“Good. Because I have half a mind to do it in front of who ever you do this to the next time.

“Oh please sir. Don’t do that. I promise I’ll try my best. Honest”

“Hmmm. Ok, maybe I’ll give you one more punishment at home if it happens again, but I’d suggest you do your best to avoid it. It will be much worse than you’ll endure tonight I assure you.” He saw her sigh in relief. He smiled to himself realizing that his point had been made. He wouldn’t hesitate to spank her in front of someone if necessary, but he didn’t want to do that and embarrass any of her employees. He knew somehow that he would never actually do it, but it didn’t hurt to have her think it was a possibility.

“Did you also think about what you want your reputation to be in the office?”

“Do you think that what you want it to be and what it is now are one in the same?”

“Do you have a plan to correct it?”

“Good. I am glad to hear it. I have decided how I’m going to punish you tonight. I’m afraid you won’t like it because you won’t be up against me. I want you to come over here and lay over the arm of the couch.”

“Yes Sir.” She said as she lay over the arm of the couch. He pushed her torso down making her back arch.

“Please take your shirt in your hands and put them in front of your head. I expect you to hold on to that shirt, and not let it go. If a hand comes back, I will add 10 lashes, and will tie your hands in front of you. Do you understand?”

“Ok. Now, you will spread your legs slightly, so that only your toes are touching the floor. You will not move or kick. You will submit to these, and thank me afterwards. Do you understand?”

“Yes Sir.” She said. Lori was scared. He had never asked her to hold still and keep a position like this. He had always helped her, restrained her in some way. She was afraid she couldn’t do it.
“Please sir. Please help me keep in position. I need help.”

“Yes sir.” She sighed. She resolved to do her absolute best, knowing that arguing from this position would not help her at all.

Kent slowly unbuckled his belt and pulled it through the loops. He could see her shiver. He knew it would have this affect on her, though he used it rarely. He dragged it gently over her butt, letting it drape over her very exposed most private areas. He could hear her inhale.

“Lori, you know the safe word. I am going to only give you 20 lashes this time because you have just endured quite a punishment spanking. If I feel your butt can take no more, I will move to your thighs. You may cry, but I want no begging. I expect you to hold position and thank me for each lash. I expect you to think about how you lashed out at an innocent employee, and how now the belt is lashing out at you.”

“Then ask please.” He said quietly.

This was new. She had to ask for it? She panicked, and paused, trying to form the proper words in her mind. He waited patiently with the belt doubled over and casually hanging at his side. He knew this would be especially hard for her.

“Sir? May I please have my punishment?” he waited. She realized he wanted more and frantically tried to figure out what more to say. “May I please have 20 lashes with your belt? I will hold position and thank you for each one. I know I deserve this.” Apparently, this was what he was waiting for because before she knew it she heard the swish of the belt through the air and the first stroke landed. She cringed at the pain, but somehow held position.

“Thank you, sir.” She managed to muster. As soon as that escaped her lips she heard the next swish and the pain was blinding.

“aaaahh… “ she screamed, but she managed to hold position. She would never make it through she thought. “Thank you sir” she cried.

Swish came the next one. As if he had read her mind, this one was a little less intense. “Thank you sir” she cried, wanting to show him she may be able to make it at this intensity.

Swish. “AHHHH…” It burned so badly. She couldn’t think. She was loosing control, her body was fighting submission, but her mind was determined to submit to it and not move. After a longer pause she managed… “Thank you sir”.

Not waiting another second, Kent let the next one fly. Her reaction was the same. He knew he had the right intensity. It was almost more than she could bear, but yet, she was holding position. He knew her mind was fighting her body hard to keep position. She managed to make it through the next 11 strokes. Then, sobbing, she started to beg.

She took a deep breath. “God this was so hard” she thought. “Worse than anything she had ever done. How could she control herself and take it.” Tears flowing, she resolved herself once more, grasped the shirt harder, and tried to let go. She had to let go of the guilt, let go of the control. “I can do it” She thought through her tears. She felt herself relax. Kent saw it too. “Thank you, sir.”
Kent needed to know she was truly ready for the last five. That she had truly submitted. “Are you ready for the last five? They won’t be any easier. Can you ask for them?”

“Yes sir” she said immediately and slightly stronger. He sighed in relief. This was what he needed to hear. “Please give them to me. I am ready for my last five. I can make it Sir.” She said with determination.

He gave her the last five. She screamed after each one, but remained relaxed. She choked through saying thank you sir, and there were long pauses, but she made it. He pulled her into his arms immediately and hugged her tightly. He was so proud. She was too. She didn’t know she could make herself submit. He carried her up to bed, leaving the shirt behind. He flipped on the quiet music, and carried her to the bed. He gently put her on her side and tucked her in. He stripped off his clothes, and snuggled in behind her.

“Shhh… it’s over, I forgave you long ago, not another word now. Just relax, and I’ll help to quell the fire on your butt. Just relax, and we’ll go to sleep. I have quite the morning planned for you”
Lori sighed. “God I love you. Thank you” she whispered. Gently rubbing her behind with cool lotion he whispered how proud he was, how sure he was he wouldn’t have to do this again, and how much he cherished and loved her. Soon they drifted off to sleep together, connected now more than ever.


Okay everyone it is time to make up your mind! Go here to vote for who you think wrote this great Fantasy Friday!! Then come back Monday morning to see if you were right!
Posted by PK at 12:01 AM