Well, I did ask

Nick and I each had great weekends. Mine spent writing and his spent golfing. He said it was as pretty a golf weekend weather-wise as he could remember. He also told me he was even par until the last two holes on their first round, he bogeyed both of them. But according to Windy, who knows way more about golf than I do, that’s pretty good. 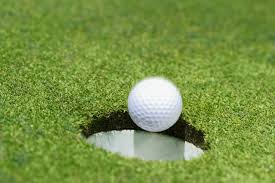 Now to our TTWD journey.

I told you we’d agreed that I’d text him each morning before 9:30 and include something I was happy about. I did just fine while he was gone. Although one text chime came just as he was about to tee off. Not my problem, it was before 9:30 and that’s all that counts. But when he’s home, and we’ve been sitting and talking all morning, I don’t think of texting him. At least I didn’t think of it until 9:37.

Unfortunately, Liz had emailed him this weekend. One stupid suggestion from Liz was:

While you’re requiring her to text each morning, give a short punishment for not doing so or not getting it there in time. It’s a simple enough thing for her to do. If she misses it, maybe that can be a few (something under ten) hard stokes with the belt, or maybe with the real hair brush, or even possible that friggin’ cane her ‘friend’ is sending. Sometimes she’s going to forget and she can be pissed at herself for the results. But maybe sometimes she needs something she can’t ask for. By not texting she can cause something to happen without having to ask. It can be quick and simple, you’re not mad or anything, it’s just a given. Do this. If you don’t, this is the results.

This morning was not on purpose, just a tad late At that time I texted, “Good morning honey I’m happy that we’ve been together and talking all morning so we knew we were fine.”

This was his reply and my response to it. 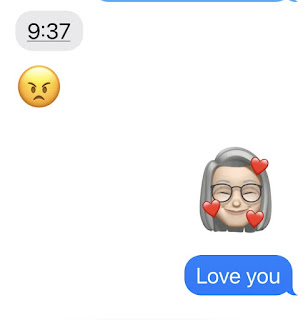 I found out that he definitely listens to Liz.

I may have to shut that girl up.