A week full of spankings

I’m glad so many of you got to come by for Fantasy Friday this weekend.  I think Minelle did a great job and I hope there will be more stories from her in the future.

The school year is crawling to the end with mind-numbing slowness, but headed that way nonetheless.  We have been preparing for the End of Grade Test (EOG).  This is a time of me trying to reassure the kids that they’ll do fine while, at the same time, panicking that I haven’t done a good enough job and they’ll bomb.  One teacher on my hall and I have complete different teaching styles.  I 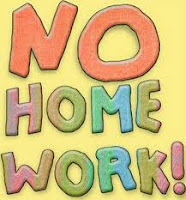 want the kids to work their butts off in class, but I’m not much on homework.  I want them to be kids and spend time playing and being with their family once the school day is done – 15 minutes of homework, okay – two hours NO WAY!
Mr. K, however, believes in homework and he has had after-school tutoring every day since Christmas.  I don’t stay after school.  We’ve each taught our own way for years and for the past 5 of those years I’ve beat him on the EOG scores.  Not my more than the width of a nat’s eyebrow, but I’ve beat him.  So I tell my kids to relax, it’s not about going to the next grade, it’s not about showing how much they have learned, and it’s not even about making their parents proud – it’s all about beating Mr. K!  The kids love it.  It’s not what they expect me to say but it does relax them and for some of them give them more incentive that they would have had otherwise.  I’ll let you know the results when I get them.

Now on to my spankings last week!  Nick did a pretty good job of remembering.  He surprised me on Monday with an unofficial weigh in.  I had made progress in the right direction, but I got spanked anyway to help me remember to keep going in that direction, yeah Nick!

Another day I was back in the bedroom, changing to go walking (like a good little wife) not a thought of spanking on my mind at the moment.  Nick and I were just talking, but just as I got my pants off he picked his belt up off the bed and bent me over.  Seems that I hadn’t put all my dishes in the dishwasher or something lame like that – but hey, I love the belt so I wasn’t unhappy.

But the next spanking that week was for the worst excuse I’ve ever known him to come up with.  I got

spanked because he didn’t tell me good-by one morning!  Now come on, that not exactly fair! Nick leaves before the butt crack of dawn, around 4:50 every morning.  I’m not exactly your ‘get up and make breakfast before he leaves’ kinda wife, but usually before he leaves he tells me good-bye.  Wednesday morning he didn’t.  I know he didn’t because I always remember and that morning when I woke my very first thought was “Nick didn’t tell me bye.”

I text him soon after I got up to tell him of his shortcomings and he text back insisting that he had said good-by, and that I not only grunted in response, but actually, coherently said “I love you.”

Wrong!  Well, that statement is true, but I didn’t make it, because he never told me he was leaving!  Oh well, I was prepared to forgive him.  I mean the man can’t be perfect.  But the next morning – just before 4:50 my covers were ripped back and my butt was being soundly spanked by a way too chipper husband who was saying “I just wanted to make sure you were awake and know that I’m leaving.  I love you, bye!”  What a way to start the day!  Actually it wouldn’t be such a bad way provided it happened 4 to 5 hours later in the morning.

But it really was a great week with all these short spankings as well as a few swats as I walked by on occasion.  This Friday I was down just a tad over one pound!  Partly because of that, Saturday turned out to be a great day – more about that later.

One more thing, Cassie has been pestering me to get back to typing for her.  When she gets like this she usually gets her way so hopefully there with me more over at her site soon.