It's Friday and I am taking a long weekend so I couldn't be happier. All teachers need mental health days, I guess everyone does really. I used to actually take a sick day 'cough, cough' when I really needed one, but these days instead of working for principals who were friends of mine, I now work 'in the education system' so I take a personal day and it's no one business what I do with it. I'm going to spend the day writing!

Thank goodness another friend has spent some time writing too! This is another story from Cathy. You can read her other stories here and here. I get a thrill reading Cathy's natural writing style. I've encouraged Cathy to start her own blog, but so far she hasn't taken me up on the idea (and claims she won't, LOL!)


Dennis isn’t a bossy person. We usually talk things over and decide about things together. He hardly ever tells me, no you can’t do that. But when he does it’s important to him that I listen. I’ve learned that besides just not making him mad, it’s usually a good idea.

There was one time a few years ago that I really wish I’d listen to him, but I di 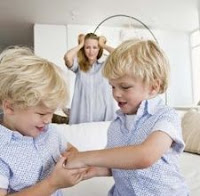 dn’t. This was back before the baby was born. I took my older 2 kids to visit my sister for the afternoon. I love my sister but after a day with 5 kids all under 7 I was ready to head home. I was just about to call Dennis when he called there. He said that there were bad storms coming and he didn’t want me to drive home. He told me to spend the night. I argued with him some but he wouldn’t budge. So I planned on staying until my sister’s 6 year old pushed my 2 year old down and my sister called my little one a cry baby. I just wanted to take my babies and go home. I knew Dennis would probably still say no, so I didn’t call.

I sure made a big mistake. I ain’t ever driven in any worse weather. The rain was so hard I couldn’t see the road some of the time. The wind liked to blow me off the road. I tried pulling off but when I did a tree blew down right beside us. It would have killed us if it had hit the car so I pulled out and kept going. My poor kids were as scared as I was but I couldn’t hardly do nothing for them and try to drive too.

We finally got home in one piece. Usually it’s just a little over an hour drive it, but it had taken more than 2 and a half hours to get home. Dennis had called my sister about a half hour after we left to tell me that there were tornados in the area. My sister told me later that he pitched a fit when he found out we’d headed home. We didn’t have cell phones so he’d been mighty scared the whole time.

When I finally got home we were both more worried about the kids than anything else. Dennis is the best d 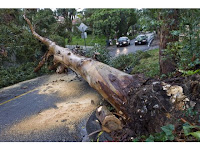 addy in the world. He sat them both on his lap and let them talk about what they’d seen and how scared they’d been. They told him about the wind and the rain and the tree falling. My least one was too little to talk good yet but Dennis would ask her yes and no questions and he would listen to her baby talk as she tried to tell him what she’d seen. While the kids were telling Dennis about the car rocking in the wind and the tree falling so close Dennis would look up at me with a real serious look. He must have sat there near an hour talking with them and by that time they got through talking Dennis had turned it all into an adventure and proof that God loved them and would always look after them.

After we got supper and the kids to bed Dennis just come and put his arms around me. He just held me quiet like for the longest time. I knew he really didn’t want to do what he was going to do but he felt like he had to. He asked me why I hadn’t done like he told me. He didn’t think being mad at my sister was much of a reason for putting all our lives in danger. I told him I was real sorry I hadn’t listened to him. He said he didn’t boss me much but he expected me to listen when he had to. He told me I had a whippin coming, but I already knew.

We went into the bedroom and I didn’t say anything cause I knew he was right. He told me to take off my jeans and panties too. I did like he told me. I felt real bad about what I’d don

e but when Dennis started to take off his belt I started crying. I hate the belt. My daddy only whipped me twice but both times it was with the belt. Dennis never had to use it before. He sure whipped my butt that night. It hurt real bad. Besides that big old wide belt itself I hated that I wasn’t across his lap. If I have to have a whippin I want to be close to him, not leaning over the end of the bed. It was as hard a whippin as I ever got from Dennis, but I guess it was about the dumbest thing I ever did too.

I know some for you say you like to make love after a spanking and that you think it’s sexy. I don’t think that there is anything sexy about having Dennis that upset and getting a belt taken to your behind like that. But afterwards Dennis just held me while I cried and told me that he loved me. I was sorry and I was wrong not to listen when he told me to stay put that day. He was trying to keep us safe like he always does.

Cathy thank you so much. Sometimes you seem to be in the loving dd relationship many of us dream about. You have a wonderful husband. Please share more stories with us as you have time.

Now for the rest of you out there reading, I'm glad you're reading - now start writing!! Come on, try. You know you want to. Please send any stories to elisspeaks@yahoo.com
Posted by PK at 4:00 PM