Several of my new friends and fellow bloggers have mentioned from time to time that their marriages have changed since spanking was brought into the relationship. It doesn’t seem to matter who introduces the idea – changes follow. I believe most of us would agree that we are happier in our relationships than before. If the change wasn’t for the better we’d stop doing it and we certainly wouldn’t be blogging about it.

Our relationship got better, we were closer, happier – but more than that there were ta

ngible, physical changes that occurred for me too. One change happened literally over night. I began sleeping in the nude. Before coming out I only slept in the nude when Nick was away. Not anymore, I sleep nude and love coming to bed to have him caress anywhere he would like. I love to feel his hands on me, especially on my bottom. This was one change Nick really loved.

The second physical change was my hair style. I had worn my hair in a curly perm for 28 years. I didn’t particularly like it that much, but I was use to it and it was easy. But in the summer of 2006 when all this began for us I was so happy and so changed mentally, that I wanted that change to be evident to others. I thought a change in hair style seemed like a good idea. It was met with complete approval of the whole family – Nick and the kids. I was a new woman and I wanted to look like it.

The third definite change is that Nick and I fuss more. Yes, I mean this as a good thing. Let me give you an example from Sunday. I was driving us to his folk’s house when I made a slightly rolling stop through the stop sign at the end of our road. Nick made some comment about the not quite complete stop (just one point here – it’s a very lightly traveled road, as you are coming up to the road to turn right you can see down the road over a hundred yards and it’s very obvious when nothing is coming.) That being said, I do know that I’m supposed to stop. In the past I would have said nothing but would have had a mental conversation in my head with Nick that would have gone something like this.

“Sorry Mr. Perfect. I know you would have stopped completely. You do everything right. If you can do it so damn much better you drive the friggin’ car!”

Of course none of this would have been said out loud. He would never have even known I was pissed at all. But I would have been quiet and standoffish the rest of the day, nursing some imagined insult, and sealing up any crack I felt were appearing in the walls I continued build to keep Nick out.

But this Sunday I just glanced over at him and shrugged in a bratty way. “You want to drive?” I asked sarcastically.

“You better start coming to a full stop there or one of these day a cop is going to be right behind you.”

I gave him an exaggerated eye roll and shrug and we continued onward. Had Mollie not been in the car I would have added “So what are you going to do about it?” Now please understand, neither of us was the least bit angry. Where it might have sounded like a fuss (and I use that word meaning a very slight disagreement) for me, for us, it shows a step toward the closeness that we’ve been building for the past 5 years. It was so much better that the quiet resentment I would have held all day in the past.

I can think of only one negative change. Before, I knew that Nick had no idea what I desired and needed. I n 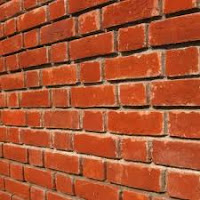 ever gave him a hint. So deep down I couldn’t blame him for not fulfilling my rather unusual desires. Now he does know – heaven knows I’ve blogged about it enough and sent him countless emails explaining, asking, hinting, telling… Sometimes thought, these need are still ignored. When it goes on for too long my feeling do get hurt and I can get depressed about it. When that happened I should get a job in construction. Nobody on this planet can rebuild wall faster than I can!!

This doesn’t happen as much though. I really fight with myself internally and try not to go into a depression. I work on just letting his lack of attention to this part of our lives ebb and flow without taking it so personally. Without doubt I have the best husband in the world; I guess I can’t demand he be perfect all the time.

I’d like to hear from you. We all say that things have changed, but could you share what? You can leave a comment or if you have a blog maybe you could tell us there. I’d love to hear from folks that have been doing this a while and also those who are just really getting into it. I’d be interested in hearing from guys (are you listening Mick) and those who are not lovers of spankings (come on Stormy) but still acknowledge the benefits. I’m curious.
Posted by PK at 2:00 AM