So Nick and I talked. Most of the talking was interspersed with spanking and that made it easier for me to open up some. We do get into bad cycles here at times. I want and nee

d spanking pretty regularly for me to stay happy and cheerful and upbeat. If it lags at times I get insecure and go quiet. When I do that I send out a pretty strong ‘don’t touch me or bother me’ vibe. Nick, not being a full blooded spanko, tends back away and not bother me which makes me withdraw more. Sometimes we let it go on too long.

After four years it is still hard for me to ask for a spanking. It very hard for me to tell him my worries and fears and insecurities. I guess there are times I want him to drag them out of me. But one thing Nick is is a gentleman. If I act like I don’t want to talk or that I want to be left alone that’s what he’s going to do. I still really want him to read my mind and give me what I need. But the mind reading part, well Nick says it’s just not going to happen so it’s up to me to tell him what I’m thinking and sometimes what I need.

I asked Nick if he would be willing to try maintenance. I know I don’t do stuff that really makes him mad. We have no big issues but I need a time I can count on each week where we can discuss what we are thinking and feeling. We can discuss the diet strategies. I need a time to confess when I’ve overindulged when I think he’ll do something about it. In the past if I ate a candy bar at work every day one week I wouldn't have just come home and told him "Hey, I ate candy all week". That would seem like bratting and that's not me. But if he ask me during maintenance I can simply confess without feeling like I'm trying to force him into doing something about it.

Heaven know I have a million bad habits that he could help me with. I mentioned a few to him – things t

hat my butt will probably come to regret! I have a really bad habit of leaving a pile of clothes at the foot of the bed. It can grow to rather large proportions if I let it. I leave clean laundry in the basket for a pretty long time if not pushed to put it away. I really want to change these things but evidently not enough to really do it. He would like to see these changes too but I feel he has never felt any one of them was important enough to say "You’re getting a spanking for that". (Now that would sound delightful to me but – it’s not his way.)

I also tried to explain to him that I like him to give me some rules – not tons but some, helps me. One of my biggest problems when it comes to eating healthy is my love of soft drinks – one specific soft drink. I’m 53 years old, I know that drinking soft drinks really adds on the pounds and over all is bad for my health. I know I should stop, but I’ve known this for decades and evidently I don’t care enough to make myself stop. Several times Nick has suggested I cut back or stop but I have taken it for what it was – a suggestion, and I didn’t want to do it. I told him it would be so much easier for me if he would just say “NO SD for the next two weeks – period.” Then I would stop. He said that sounded so backwards to him, that if someone told him he couldn’t have something he would want it all the more. That might be true if anyone else was telling me but in my mind I have given Nick the right to give me rules when it comes to my health and safety. 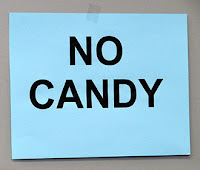 Instead of standing in front of the candy or drink machine at work thinking – ‘I really shouldn’t, but I really want some’ – I can stay away from the machines completely by saying in my head ‘Nick said I couldn’t have any today.’ Case closed, I don’t snack and I end up feeling powerful, loved, care for and finally feminine and sexy. Now I don’t really expect everyone reading this to understand it, but I know a lot of you will relate.

So here are some of the rules Nick has given, no SD for two weeks (we can always extend this but saying none forever is not realistic), go to the gym at least 3 times per week, don’t leave clean laundry in the basket for more than 24 hours and no pile of clothes at the end of the bed. Oh and one more thing – let him know what’s going on in my head before it make me sad and depressed. All this seems reasonable to me. I hope he will go for the maintenance idea. Mollie has a standing babysitting job each Wednesday. But this is one thing he is going to have to keep up with.

I’ll try to follow all the ruled the best I can but he need to initiate this time of talking and reconnecting each week. If during this spanking he finds that I have done a good job all week and worked hard then maybe the spanking will be only moderately hard but goes on for a long time (my version of a good girl). If I’ve messed up that week maybe it will be harder. It’s really something Nick needs to think about and decide what he wants to do. If there are diet issues to address he has the option of including it in maintenance or taking care of it separately. I don’t want to top from the bottom. I’m only trying to let him know what I need and what I think works best for me. I want him to take that information and use it as he feels best.

There is one thing I would like to know from those of you who do maintenance, is maintenance 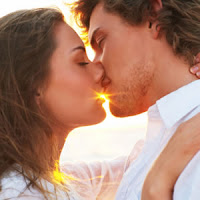 usually followed by sex or are they two separate events? We don’t want to pass up a time alone for some fun and games but I know me and sometimes I need just a spanking and not sex. I guess what I really want is to be sure we are taking enough time for the maintenance - time to spank and talk and not feel like we are rushing that part to get on to sex. I’ve equated spanking and kissing many times, for me it’s a good analogy. There is nothing wrong with following a good make out session (or spanking) with great sex. But if I think he’s saying in his mind “Why bother to kiss (spank) her if we don’t have the time/privacy/energy to make love.” Every woman wants to be kissed and held and heard and for many of us – spanked. And we need it at times when love making is not in the imitate future.

Over the years I have had several readers email me to say that they can relate to many of our ups and downs concerning TTWD. Since we are obviously still developing what works for us I am no teacher but it has helped me a lot to know that there are many of us in the same boat and those comments and emails of support help me more than you can imagine. I know as much as I love spanking and this life style we could not have maintained it if I didn't have a place to come and write and talk with other who understand and I really want to thank everyone who reads here for helping us continue on our journey to improve our relationship.
Posted by PK at 12:05 AM