Mollie is on the road to recovery. Still chubby cheeked and not real talkative but I think she has come through the wisdom teeth removal pretty well. 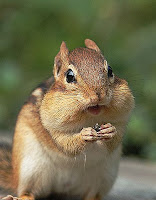 LJ came in the day before Mollies surgery and a small thing happened that showed me once and for all that my baby boy does not live here any more. He came in and hugged me and then he went to his sister and hugged her. No brother who lives at home with his sister would have done that – only a brother that was visiting. Sigh… I already knew it but still…

Anyway LJ helped me clean around the house for the family reunion next weekend. And he helped me get Mollie home from the oral surgeon. And I needed the help! Nick and LJ were fully awake when they came home from getting their teeth removed. Talking to me in the car and holding and eating their milkshakes with their spoons. Not Mollie! She could barely walk to the car. I drove for a while using one hand to hold her head up because it was flopping around so much and finally I got LJ to hold it for her. I filmed her (at her command, she had insisted) and through tears and grimaces she indicated she felt okay, she was just crying. I wish I could show them to you – she was pretty funny. But kept giving me a weak thumbs up to say she was okay.

She slept well that first night and Friday morning when Nick woke up he asked me if she had slept through the night. I told him yes and that I had gone in to check on her a couple of times. We talked on quietly for a while before Nick got up to go to work. When we suddenly herd from the next room – “I can hear you you know!” Well so much for privacy!! That’s exactly why I didn’t really want her to change bedrooms in the first place!! Nick leaned close and whispered “Good thing I didn't give you those three anniversary swats this morning!” Now it will be better. Mollie like to sleep with her door closed and we can too – I only had them both opened because I wanted to hear her if she needed me. But we’re going to have to be careful. We don't want her face looking like this as she tries to deny her ears!! 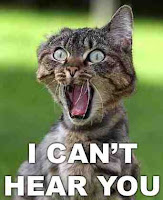 Now we won’t have much alone time for the next two weeks. Of course when our blogging friends are here maybe the sounds of their swats with drowned out our noise!! I’ll be sure to let you know about that.