What Spanking means to me

For the last two Wednesdays I have put up old posts that I wrote some time ago where I tried to explain to the men in our lives just why some women liked to be spanked. I don't know if anyone else is enjoying them or getting anything out of it or not. There haven't been any comments and of course I always love comments. So I wasn't sure about putting another one up this week until I looked at my stats and saw that for the last two weeks those posts got more hits than post anything except Fantasy Friday. So I am going to put up this one today and at least one more next Wednesday. And just maybe someone who need to read it will stumble across it.

How much do you think the spanking element of your diet has helped? Does it actually impact food/gym decisions you make?

When I started to answer I realized that for me the answer was not so simple after all. Strangely enough it made me thing of something our preacher said Sunday. It spoke to the underlying feelings that I think many spankos have. He said the opposite of love is not hate; the opposite of love is indifference. Hate takes caring, it takes energy, and it takes emotion. Indifference is much sadder.

This ‘spanking diet’ has been the constant since I came out to Nick about spanking. Stepping on the scale each Friday I had three huge questions in my mind. 1) Have I gained or lost? 2) If I have gained is Nick going to spank me? Or 3) is Nick going to make some excuse and just decide to let it go. And of the three the last one was the one that I worried about the most. Indifference. It scares me, it makes my chest hurt. This is something that Carye and I often discuss. Although we often worry about how bad the spanking might be the worry about the chance he might just blow it off or forget the whole thing is much more painful.

Nick has not done that. On reason I tried so hard at the beginning of the diet was that I didn’t want him to think I was ‘testing’ him, trying to force him to spank if he didn’t want to. I was afraid he would say ‘You are not even trying, let’s just forget the whole thing.’ At first I was more worried about that than the spanking. It has taken about a year to begin to let go of this fear (okay, I’m slow). And yes even now when we go a long period and there is no spanking I still worry.

So spankers I may just be speaking for myself, but I have a feeling I am speaking for a lot more of us – when we finally get up the courage to tell you that we want you to spank we often don’t make it clear to you what we are really saying. That is to us – spanking equals caring. When you spank you show us you care. If it is all in fun and erotic it shows that you listened and cared about what we want. If you spank because of discipline you show you care about us, our safety, our well being, everything. I think that is what we really want, to know that you care. 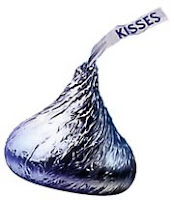 e long version. The short version is now that I am more secure that he is not going to ignore a gain, now that I am more secure in the knowledge that he really cares, now that I got that damn hairbrush – the answer is yes, knowing he is going to spank my butt with that brush is one reason I go to the gym when I don’t really want to go and I will eat a Hershey’s kiss instead of a huge candy bar. The other way spanking effects the diet is that Nick’s willingness to spank shows me he cares for me; I work hard to loss every week to show that I care for him.
Posted by PK at 12:01 AM

Labels: telling your man why you want him to spank you, why women wanted to be spanked