One more look back...

Okay folks, one more offering from the past and then beginning next week all new stories! And trust me the one to kick us off next Friday is fantastic! So come back and be ready to vote! Yes our guessing game is coming back! But we will still need more stories so as you read and enjoy don’t forget to do some writing yourself! Real life accounts or out right fantasies, we don’t care we just want to have a hot story to read every Friday! So now enjoy –

Mr. DeSilva was surprised and puzzled by the look of panic on Annie face w 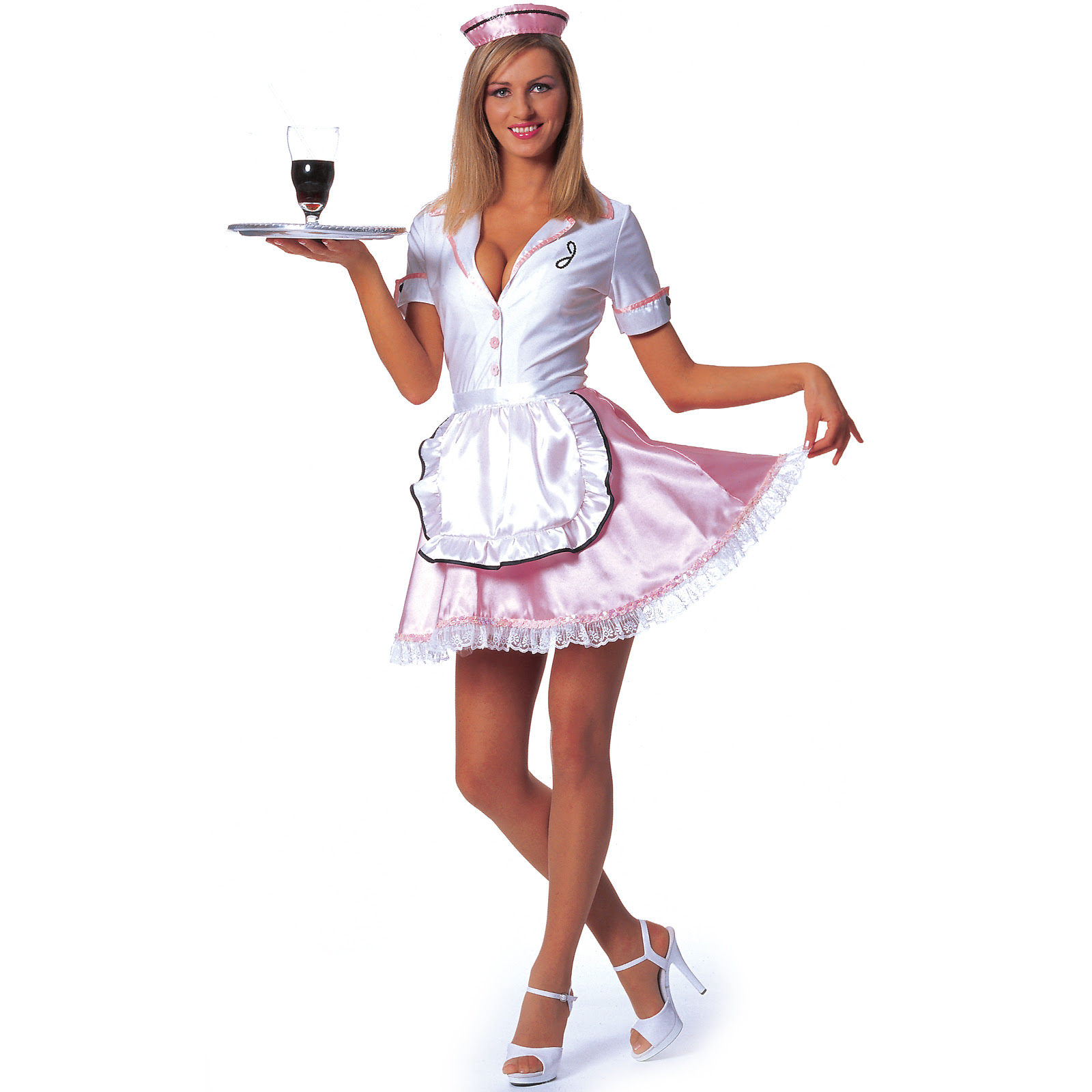 hen Jonas walked in to the dinner. He had grown very fond of his new little waitress in the 2 months she had worked for him. She had met Jonas at the dinner the week after she started working and the two had moved in together shortly there after. Mr. DeSilva enjoyed watching the two of them together. Usually Annie face lit up in delight when Jonas stopped by. Something was obviously very wrong.

was in a panic. She had almost convinced herself that Jonas had just been kidding to get her attention. But here he was. Jonas was supposed to have been gone last night. Yes, he had asked her not to drink if he wasn’t around and she had agreed, but the girls had asked her to go out with them and there seemed no harm in a few beers. But when Jonas had shown up at the pub unexpectedly he has pretty much caught her red handed.

He was quiet on the way home. As they entered the apartment Annie said softly “Jonas, I’m sorry. I guess it looks like I broke my promise but I only had a few beers. I just missed you and I thought going out with the girls would be better than sitting here moping.”

“Annie you remember what I said I would do if I found out you had been drinking without me?” Annie blushed and looked away. It always embarrassed her when Jonas threatened that he was going to spank her. He had given her a few hard swats over silly things. Once she had gone out and left the curling iron plugged in. When they came back in and found it he had given her two stinging swats to her bottom, which had shocked and embarrassed her. Since that time he had swatted her occasionally and had threatened worse. But she had really thought he had to be kidding. She was no longer sure.

en in a joking mood. “Annie, you broke your word to me, I won’t break mine to you. In the morning, when you are stone cold sober you’re getting a spanking.” But she hadn’t waited around the next morning to see if it was really going to happen. Although she wasn’t scheduled to come in until she had slipped out of the bed around and come in for the breakfast shift. She knew Mr. DeSilva wouldn’t mind. She never expected Jonas to show up here.

Annie watched wordlessly as Jonas went to her boss. “Mr. DeSilva I need to borrow Annie for a bit. She and I were supposed to have a … discussion this morning but she left without talking to me. This isn’t a something that can be put off any longer; we need to go home for a while, I’ll have her back as soon as I can.”
Mr. DeSilva looked back and forth between his two young friends. Annie’s look of fear and guilt, Jonas’ look of serious determination – it didn’t take a genius to know what was coming. “Jonas, you sure this discussion is something that needs to take place?”
“Yes sir, it time to take care of this.” Jonas answered. Mr. DeSilva headed to the back and motioned for both of them to follow. In the back Annie’s boss crossed his arms and looked sternly at them both. “Annie you know what Jonas is talking about?” “Yes” Annie said looking at the floor. “You willing to have this discussion?” he continued. “You don’t have to if you don’t think it’s fair, he’ll have to go through me if he is being unfair to you.”
Annie quickly looked at Jonas. In her heart she knew he was the first person to care about her, care what she did, care whether or not she kept her promises. It was that simple, he cared. She looked at Mr. DeSilva and said quietly “I want to go with Jonas”. “Okay then,” Mr. DeSilva answered, “Jonas, take her home if you like but if you’d rather, my office is in the storage building out back. I often had … discussions with my missus there in the past. It’s private and you are welcomed to use it if you like.”
Jonas nodded to Mr. DeSilva and led Annie out and into the small office behind the dinner, as they entered Annie began talking fast. “Jonas please, I know your upset, but you can’t be serious about sp…spanking me. I’m not a child. This is just silly. I said I was sorry! I won’t do it again.”
Jonas wasted no more time. He pulled a straight back chair to the center of he room and pulled

Annie quickly across his lap. Annie had never been in this humiliating position before, she struggled to free herself but a volley of extremely hard swats and Jonas’ firm admonition of “Annie if you don’t stop struggling and it’s going to be worse for you. You gave me your word that you wouldn’t drink if I wasn’t with you, then the first night you thought I was going to be away and you are out drinking with the girl. What did you think was going to happen, that I would say ‘Oh, never mind you can lie to me if you want to’?” As he scolded he continues to give medium to hard swats.

For the first time Annie could remember she was beginning to feel true remorse. In the past evading, pretending and out right lying had mostly gotten her out of trouble, not into it. But this was different; Jonas truly meant something to her. And obviously honesty was important to him. As the tears began to come Annie said in all sincerity “Jonas I am so sorry. I mean it! It never really mattered before when I broke a promise but I know I hurt you and I’ll never do it again. Please let me up it’s starting to hurt!”

“Annie,” Jonas told her “I haven’t even started yet. And yes, it is going to hurt!” With that Jonas began spanking seriously. It was obvious that Annie had never been spanked before. Jonas did want to go overboard but he was also determined that Annie would have no doubt how seriously he took lying. Annie couldn’t believe how much heat was being delivered to her behind. She was on fire and still he didn’t stop. She cried, she tried to put one had a back to protect her throbbing, punished bottom. But Jonas quickly pinned her hand to the small of her back and continued until he felt he had done a through job.

and squeezing her throbbing seat. As he helped her to her feet and stood to cradle her against him Annie was aware of throbbing elsewhere. Jonas kissed her tears away and said quietly, “It’s all over, I love you and it’s all over now. But Annie you need to know I took it easy on you this time. If you lie to me again your bare bottom is going to know the full force of what a spanking can really feel like. Come on I have to get you back to work.” Annie instinctively reached around and rubbed her aching bottom not wanting to imagine what it would have been like if Jonas had taken down her pants and panties. And while the thought was unsettling she realized she was almost as reluctant to leave then little office as she had been to enter it.

Annie heart was soaring! Someone actually cared for her, someone actually loved her. All her life she had looked for someone who cared. As they stepped back into the dinner Mr. DeSilva practical jumped at them. “Are you alright?” he barked at Annie before she could answer he rounded on Jonas “Is she alright?” Annie couldn’t help giggling at the scowl on his face, much like that of a protective bull dog. Annie looked back and forth between the two men who cared for her in very different ways she thought of the attention she had craved all her life had arrived, now she wondered if she was going to be able to handle it.

This story is one of mine. Jonas and Annie are based around the story I ‘mind blogged’ for most of my life. This was the stuff of my teenage (and beyond) fantasies. I keep thinking I would like to write more about them some day. Who know, maybe in my spare time!

So have you started writing yet? This invitation is opened to all my blogger friends, my non-blogging friends, or those friends I haven’t met yet that read here silently. Send your stories to elisspeaks@yahoo.com