Such a fun Saturday!

Saturday was a great day, but it didn’t start off that way. Saturday was the Christmas festival in our little town. There was a Christmas craft show in the old school and my sister and I had signed up to sell our books there. 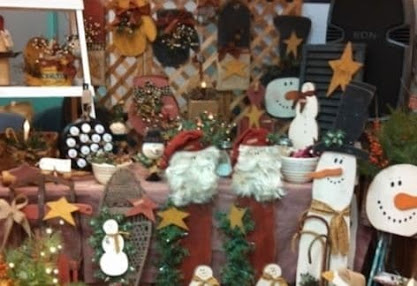 We weren’t able to get in the big room, the auditorium, rather we were stuck into an old classroom way back into a corner. I was so disappointed. In order to sell books, you need a traffic flow, lots of people walking by. But in this classroom, you had to squeeze by a lot of other stuff just to get near us.

But we sat everything up and hoped for the best. Let me tell you our little town came through! There was a steady stream of customers coming by. It’s easy to tell readers from non-readers. Some never even glanced at the books, I got the feeling they hadn’t picked up a book since high school. Others were trying to read the titles from across the room – those were the ones we wanted to talk to.

At the other show I’ve attended if I sold five books I was thrilled, Saturday I sold eighteen and my sister sold seventeen. It was a great day all around. One lady came to our table and said quietly, “I bought one of your book two years ago, and I want to get the next one in the series. But I can’t even remember which one of you wrote that book.” We asked her if she could remember anything that happened in the book. If we knew that we could probably tell her what the next one was. She was silent for a moment and then quickly looked around. In a whisper she said, “Someone got spanked.” 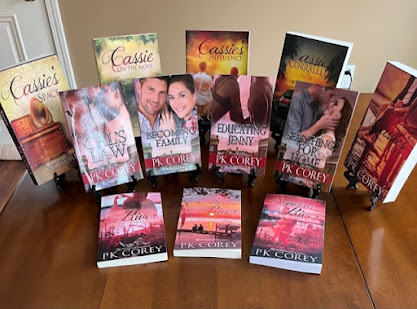 “That would be me,” I told her with a smile. She bought the next four in the series. I was telling another woman about my books, she said, “I think I’d like them. If I call my husband and tell him I’ve found something else I want for Christmas he’d say ‘get it’ so I will.” And she bought all ten of the Cassie books at once, $50!

This was a great weekend – visiting with my sister, talking with people who wanted to read my books and even making a little money. I loved it all.