The things I do for love...

I want to be a loving helpful wife, really I do. Except when Nick has to be at a medical procedure at 6:45 AM. Don't both Nick and the doctor know that retired people don't get up that early, much less get dress and go out? 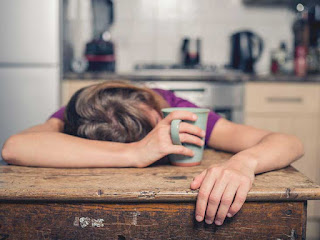 Oh well, as many of you read this I'm waiting patiently for the medical staff to complete Nick's colonoscopy. With that thought in mind, I thought I'd post Cassie's story about her first test of this nature.

I remember when my doctor first suggested that I have a colonoscopy years ago and how Tom and I disagreed as to the necessity of this test. Guess who won?

I don’t dislike doctors. I have my yearly physical, I do mammograms and most anything that they suggest but when he first suggested a colonoscopy, or as I call it ‘up periscope’ – well there are just some things that one person ought not do to another. At least unless there is an expensive dinner involved.

When I went to my physical several years ago the doctor did suggest this test because of family history. I thanked him for the information and decided to ignore it. Unfortunately, I left the pamphlet on the kitchen counter when I came home and nosy Tom picked it up. He asked me if the doctor wanted me to have this test. I tried to be vague but it didn’t work. He insisted that I call the next day and sit up an appointment. I forgot, he didn’t. He called at lunch to see if I had made the appointment and when I said no he said that he would make it for me.

I wasn’t convinced that this test was such a good idea. Several days before the appointment Tom reminded me of it and I said, “Oh didn’t I tell you, the doctor’s office said I had to reschedule.” Now that was not a lie – that is exactly what they said when I called to cancel the appointment. I was planning to do it eventually; I just needed to get mentally prepared.

My doctor and Tom meet at the golf course occasionally and when they did the doctor asked Tom if I was planning to take that test that I kept missing. Is this legal? When he got home from golf he called to me as he came in the door. I could tell from his tone that he was not happy with me. As I came into the living room he started. “Cassie Jane, I’m going to wear you out!” I wasn’t sure what he was mad about, there were usually several things going on in my life back then that it could have been.

He said, “First thing you’re going to call and reschedule that appointment.” Oh, shoot – it was that. He had me put the phone on speaker and stood right there listening as I tried to reschedule. The receptionist was saying, “Now ma’am you canceled the first appointment and you didn’t show up on the date that it was rescheduled. Do you think you will be able to make it this time?”

Seeing the look on Tom’s face I was able to assure her that I would be there.

When I hung up Tom said, “You canceled the first appointment? You said the doctor’s office said you had to reschedule.”

“They did say that,” I told him. Then added quietly, “After I canceled.”

Tom didn’t like any of this and told me to wait on him in the bedroom. When finally came up he said, “You know two things that I will not put up with, neglecting your health and lying to me. What do you think I should do?” After giving it a moment’s thought, I told him that I thought I needed a stern warning and hot sex to help me remember the afternoon. Tom told me that I wouldn’t have any problem remembering the afternoon, unfortunately, he was correct even though he did not take my suggestion.

He used both the school paddle and the hair brush and he burnt me up! Who knew getting mentally prepared started from the bottom up? He also made me take my pants down myself before he put me over his lap. That is always the worse for me. This man does not like me to be less than honest with him, nor does he want me skipping doctor visits. I don’t think I have skipped a doctor’s appointment since that day. But he is just too picky about what he calls lying. Omitting is not lying, withholding is not lying, and forgetting to tell something is not lying! He just interprets the word too strictly. I can say honestly to all of you that I am always the perfect lady, in manner, in word and in deportment. See, exaggerating isn’t lying either, it’s just being creative.

I took the stupid test and it wasn’t horrible although the preparation is not my favorite way to spend an evening. But for the test I was asleep and when all was said and done I did get an expensive dinner out of it.