This is time sensitive since it's going to be on TV Thursday morning. Nearly two years ago my son began talking about a job he really wanted. It combined two things that made the job perfect for him. It was the creation of a raised park that would be concentrating on performances. He worked at the Highline Park in NYC for ten years so he knows all about running a raised park and his first love is theater/performance. As you might have guessed he wasn’t the only one wanting the job. But after many interviews and meeting, he got the job! I had one happy kid who headed into his new career. 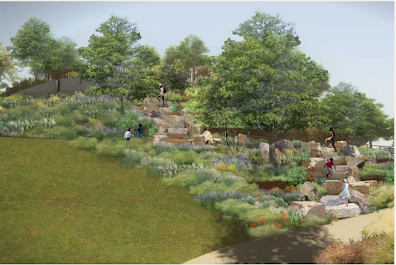 All that was just about two weeks before Covid sent everyone home. So for the past fourteen months he’s worked from his apartment to help get this park up and running through zoom meetings with people he’d barely met. But they did it! The park is called Little Island and it opens officially this Friday. Thursday morning Robin Roberts is doing a walk through with the founder on Good Morning America. Gail King has been there too and spoke briefly with LJ when she did. No cameras then however.

Little Island was built out over the water and it’s supposed to resemble a floating leaf. I’m looking forward to seeing it the next time I go to NY. I’m very proud that LJ played a big part in getting this park off the ground! So watch Good Morning America on Thursday morning or go to littleisland.org and check it out. I wish they were interviewing LJ. I have no doubt he's better looking than the one they've chosen. I hope I'm giving you the correct day of the walk through. But this is the information I've been given. 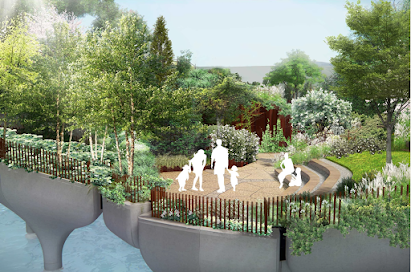