Nick told me this past Friday that he was in need of a new sport coat. I took him at his word. I know many woman who are in charge of their husband’s wardrobe – I’m not. He often gets new shirts from his sisters for birthday or Christmas but he also still wears a few that I have pictures of him wearing when LJ was born, thirty-one years ago. Nick size hasn’t changed one bit in all those years, but I’ll bitch about that another time.

This need for a new sport coat lead us on a little adventure. We headed to a mall in the next town over and I realized as we went in, I hadn’t been there in nearly two years. Off we went in search of a men’s clothing store. Nick talked with the salesman about what he wanted and I just looked around. What I saw was interesting, but in reality I was bored so I began texting the children some of what I was seeing. 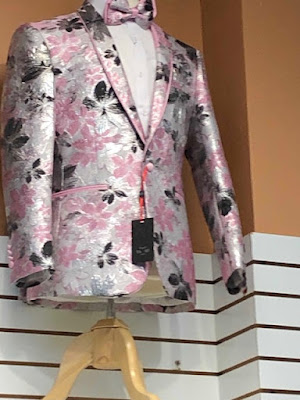 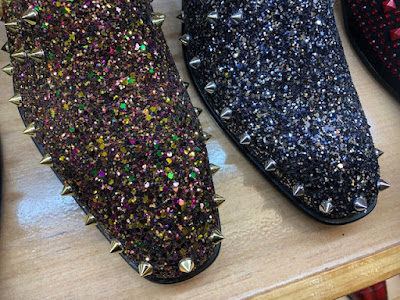 You have to admit these are kick-ass shoes! 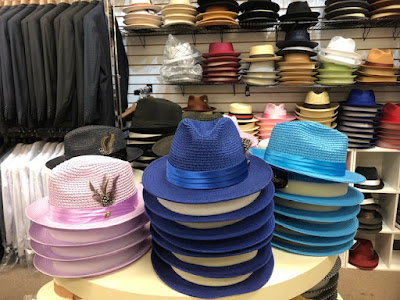 My first response from LJ was, ‘Love the jacket. But you would never wear it with the matching tie.’ And he hated the hats. LJ is in the midst of changing his style. Like his dad his size hasn’t changed since college and he was still wearing much of the same things for the past dozen years. He is taking on a bit more flair. His hair is now shoulder length and he looks a bit more like he lives in NYC. Personally, I like it. But he’s my baby and I’d love him no matter what he wore.

Mollie’s reaction to the pictures was a little more what I was expecting:

“Y’all have taken a turn to a weird place. Where are you? Pimps R Us?”

I told her, yes. And that we were getting Dad a new suit. Next, I told her we’d try to find ‘Whores B We’ and get something for me.

We were having a fine time. We did get Nick a new suit, the jacket will work as a sport coat. Not exactly like what I pictured above, but more to his style. Then we walked through the mall. We stopped at the cookie shop. Which probably caused me to gained three pounds and him to lose five. Sigh…

With nothing else we had to do we decided to go to the movies. Not too much on that he was interested in but we finally decided on Hustlers. I enjoyed it, but I wouldn’t necessarily give it a glowing recommendation. Nick mentioned that he couldn’t ever find a ‘good guy’ to pull for, he was right. But the popcorn was good and we were together. 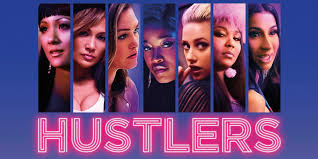 We finished off our Friday with a steak dinner. We enjoyed it very much even though all the tables around us had many, many noisy children. They didn’t really bother me but the experience will keep me from bugging Mollie for human grandchildren any time soon.

So that’s how we old folks spent our Friday – and actually our Saturday was even better!