I’m so happy to be able to host another wonderful Fantasy Friday story today. I’m sorry that I was feeling so poorly during the two day Love our Lurkers weekend. I didn’t get around as much as I would have liked to. It seems there was a lot of activity over at Amy and Eric’s place. There was some ‘daring’ going on and lucky for us, Katie T dared Amy to write up her fantasy as a Friday Fantasy for us all to enjoy. I’m very happy that Amy took this dare and we are all able to enjoy…

Amy had been doubting herself again. Not pretty enough. Not smart enough. Not good enough for the man who had married her 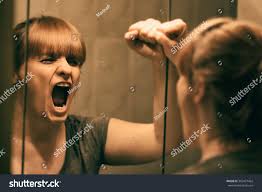 years ago. Eric was frequently traveling for work, a career he had loved for over thirty years and one that she admired, but it posed as a double-edged sword as it kept them apart far too often.  Amy was nowhere near as squared away or successful as her mate; holding onto an unfulfilling J-O-B, wanting to start a new career, and hoping he would agree to move out of the city he loved to a beach she adored. She felt light years behind him and always thought she’d never measure up or be worth sticking around for. Her fear was the day Eric realized it, and bail to live out his bigger, better life free from the chaos she brought to his world.

Amy tried to hide her feelings on the phone but Eric was onto her. Once again, he took the time to point out that nothing had changed. Amy took his words in and even apologized for questioning things for the hundredth time but deep down, the fear of the unknown continued to build in her chest. She knew he loved her but all of those days and weeks that they couldn’t be together nagged at her feelings of insecurity.

That night at dinner, Eric asked Amy to tell him everything that was bringing her down.

“Hold nothing back,” he insisted, intently staring into her eyes and squeezing her hands in support. “I want to know everything renting space in your brain because I can’t help you if I don’t know what you are thinking.”

Amy took a deep breath and looked back at his strong handsome face. Her mind sent out loud warnings- THE RISK IS TOO GREAT. SAY NOTHING. VULNERABILITY GETS YOU NOWHERE BUT HURT.

“I’m going to sit here until you get it all out,” Eric said, hushing the voices in her head.

Amy swallowed hard and peeled back the layers of criticism she’d lived with her entire life.

“I don’t deserve to be loved,” she said. “and I’m not good enough for you. I know your life was perfect before I came along and now I complicate everything.”

Eric didn’t say a word but continued to look at his anxious wife as she sputtered out a tenth of what was buried inside of her.  He waited her out and once again, the fears escaped from her lips.

“I’m not like everyone else.  I’m not normal!” her voice hit a high pitch and tears started to build in her eyes. “There are so many smarter people in the world and I’m not very attractive, getting old, can’t keep up with you financially, and always needing you to step in and set me straight.  I’m all over the board and it’s never enough.  I want to make you happy and don’t want to take anything away from you but I miss you and need you and want to get my act together so you will love me forever.”

By this point, Amy was crying so hard she could no longer speak.  Eric sat for a moment and then leaned into her ear and whispered, “Upstairs right now, young lady. Go finish your tears in the corner.”

Amy immediately stopped and every ounce of her froze in his cold response.  Eric nodded toward the staircase and released her hands, sitting back in his chair and closing himself off by crossing his arms. Stunned, Amy slowly walked to their room and pressed into the matte paint of the corner. Time ticked by and she felt alone and empty.

A few minutes later, Eric came into the room with a large wooden cheese board from the kitchen. He led Amy over to the spanking chair and sat her down, towering over her tear streaked face with 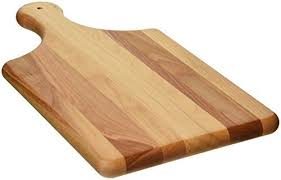 “I promised you a disciplined life, Amy Lynn,” he said sternly, “and part of that requires you being honest with me and with yourself.  I’ve taken the time to hear what you had to say and there are a few things that I need to make clear.”

Eric had Amy stand and bend over the chair, her hands resting on the seat and her denim clad bottom on display.

Eric raised the paddle and spoke in a firm, solid voice.

“I fell in love with you Amy,” he stated and the paddle landed hard across her right cheek.  “I don’t like you questioning my judgement,” he continued, reaching back and increasing the force of the board against her bottom with each swat.

Amy clutched the cushion of the seat and tried to keep from falling forward.  When Eric paused, she blurted out, “Eric! I would never question you!”

Three more spanks and Eric’s hands were around her middle, unbuttoning and pulling down her jeans.  He left her, bare ass exposed, and retrieved his favorite strap.

“Over my knee,” he commanded and Amy found her place of safety and security against his chest.

“I believe I married the prettiest girl in the world,” he began. “Do you question that?” he asked.

Amy paused and the strap left a stinging welt across one and a half cheeks.

“I said, do you question that?” Eric asked again and followed with three more strikes.

Eric repeated his statement one more time and Amy answered meekly, “No sir.”

“That’s better,” Eric said, pulling her body in tighter to his own. “I believe I married an incredibly fun, creative, and intelligent woman. Do you question that?”

Once again, Amy paused, unable to provide the affirmation her husband was requiring.  Once again, the strap beat down on her backside, leaving bright red and purple welts behind.  The whipping continued until Amy was yelling out, “Yes, yes, Eric. Yes. I believe you.”

Limp across his lap, Amy relaxed as Eric gently rubbed away the pain of each punishing blow.  After a few minutes, he put the strap down and began again.

“I fell in love with you not because of what you have or what you do or what you can be, but who you are.  We are Eric51 and Amy49 because we have an equal partnership but that doesn’t mean we are the same. We each bring different things to the table and that is what keeps us alive and fresh, enables us to thrive individually and together.  Do you understand?”

“Good,” Eric replied. “Now this is going to be the last time we have this discussion or you will find yourself standing for a very long time.”  Then he made Amy say the words, that she was pretty, and smart, and his perfect match, over and over again; spanking her with his hand until he was sure she meant everything she was saying.

“In the corner one more time, young lady,” he finally said, helping her to stand and pressing her breasts up against the wall.  Awhile later, Eric sat Amy back down on the spanking chair.

“I know I’m gone a lot,” he said, kissing her passionately, “but that has no reflection on how I feel about you or our relationship or any of the dreams we plan to make come true.  I can see from today you need to be reassured in a more consistent way, so I got you this.” 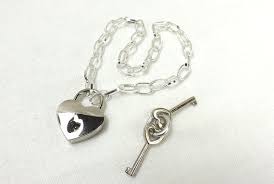 Eric knelt down and opened a box that said ETERNITY on the top.  He pulled out a silver anklet with a heart shaped pendant dangling from it. The clasp had a key hole and when Eric placed the jewelry above Amy’s foot, he locked it in place.

“I’m keeping this,” he said, tucking the key back in the box. “And if you ever find yourself questioning me again, this will serve as your reminder that it is you who I love.”

Amy thank you for your story and Katie T, thank you for daring her. Please everyone - dare your friends to do the same thing! Anyone can try one Fantasy Friday story and you can send it to elisspeaks@yahoo.com
Posted by PK at 6:00 PM