Happy Friday, definitely my favorite day of the week. It's even better this week because today's a teacher's work day, it doesn't get any better than that.

Annie is still at it with this wonderful story and it's getting intense. I hope you are enjoying it as much as I am.


Amy drifted awake to the sound of birds singing, palm trees rustling and an arm like a band of steel holding her firmly against RJ’s chest. Snuggling deeper against him she smiled at the tenderness of her bottom, rubbing it against him and reveling in the knowledge that she belonged to him. If anyone had told her that she would fall in love with a rich, legless man who planned to paddle her backside several times a day she would have laughed. As crazy as it sounded it felt more right than anything in her entire life. Not that she enjoyed the spanking part, at least not the real ones. When he punished there was nothing fun about it. With just his hard hand he could leave her hot and tender for hours, the paddle extended the discomfort to the next morning. Oh, but what came after, now that was worth any amount of spanking. Not only was 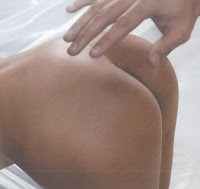 he a tender and accomplished lover, he made her feel like the most beautiful woman in the world. And the not so real spankings, the times he warmed her bottom just because he wanted to, then made love to her, now that was something even more astounding. She loved it. The feel of his hand, the heat getting stronger, his deep voice asking her if she liked her bottom all hot and red, telling her how beautiful she looked wiggling under his palm. Just thinking about it made her wet. Last night he had asked her if she needed a spanking and she almost came in her panties.

“I guess you’re rubbing that butt so I’ll know you are ready for your morning trip over my lap?”

Giggling, Amy turned in his arms and offered her lips for a morning kiss before replying.

“You better feed me first. I’m starving, and I know where that stuff leads.”

She almost slipped away but he snagged one foot and drew her back to him, screaming in mock outrage. Without a word he flipped her over and peppered her creamy flesh with handprints until she breathlessly surrendered. Turning her he settled her hot bottom against his now painful fullness and kissed her thoroughly. Sliding his fingers through her slippery folds and

hearing her whimper with wanting him he changed his mind about teasing her until after breakfast. Placing her thighs over his powerful forearms he lifted her easily, slowly lowering her onto his waiting shaft without breaking his kiss, sliding home and resisting her attempts to move. Holding her, spread open and filled completely, he turned his attention to her breasts, biting her hardened nipples gently then sucking them deep into his mouth. When she started pushing against his chest trying to move against him, he quickly pulled her arms behind her back, easily holding both wrists in one large hand.

“I don’t remember telling you to move, little girl, now I’m going to have to punish you.”

With her hands behind her back her nipples were ripe for his attention. Drawing one nipple deep into his mouth and circling her hard clit with one thumb, he felt her pulse around him, desperate to feel him slide in and out. Keeping a slow and lazy rhythm he teased her until she was ready to scream with need.

“Tell me again just how hungry you are.” he growled against her neck, nipping her tender flesh and flicking his finger against her.

“Oh darling, it’s you I’m hungry for.” she whispered.

“If you’re sure, I don’t want you fainting from hunger right in the middle of an orgasm.”

“Please, RJ, don’t make me beg. Love me, darling, I need to feel you pounding into me.”

Cupping one hand under her ass he lifted her to the very tip of his penis and let her slide its full length, deep and hard.

“Is that what you want? A big, hard dick pounding inside.” he asked as she came to rest with him buried to the hilt inside her. “Or did you want some more of this?” Now swirling his thumb over her hungry clit.

Without giving her a chance to answer he claimed her mouth, matching his tongue to his penis as he lifted her up and down, flicking his thumb side to side, until she was drowning in sensation. In just a few strokes she shuddered around him, calling out his name. The look of her, head back, eyes closed, screaming his name, pushed him over the edge and he pounded to his own climax deep within her.

“Now that’s my idea of a morning work out. I’d rather lift you than a barbell any day. Now I’m hungry, and we’re both sticky, how about a quick shower and we’ll get some food?” 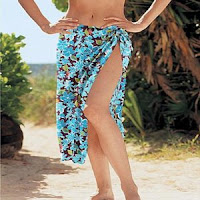 Soaping each other, tickling and teasing took a little longer than separate showers but was much more fun. Relaxed and refreshed, wearing a silk pareo around her waist, Amy served fruit and muffins on the deck.

“I think I’ll have you serve my breakfast topless everyday from now on.” he mused, admiring the gentle sway of her breasts as she leaned to pour his juice.

“Only on the island.” she amended, “That will give you an incentive to come back often.”


The days flew by in a haze of sensation and they settled into a comfortable ease with one another. It was amazing how well they fit, both in bed and out. Amy knew it had to end, but still found herself wishing they could stay forever. RJ postponed the decision for as long as he could but after ten days he knew he had to return. Watching the sunset over the water with Amy perched on his lap he nuzzled her neck and wished they could stay on the island, this was the most happiness he had known in his life.

“We have to go back to the real world tomorrow. I called for the pilot to pick us up at noon so we can sleep late one last time.”

“I hate to leave, but I know we have to.” Burying her face against his shoulder, she whispered, “I just don’t want to lose what we found here.”

“Living on the ship may be different, but we’ll be the same people we are here.” 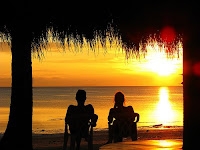 Content with that they sat quietly, until the last light faded from the sky. Neither spoke the fear that haunted them both, that returning to the real world would shatter the precious trust they were building between them. Their lovemaking was urgent as the last night of their idyll slipped away.

The ship seemed exactly as they had left it but there was an underlying sense of tension. RJ’s desk was stacked with paperwork needing his approval. Thinking they would get started Amy was surprised when he asked her to take care of a business matter on shore. Hurrying to her cabin to dress she pondered this change in their routine. The agreement stated she would not leave the ship without RJ. Maybe he was starting to trust her after all. Funny, when she couldn’t leave that was all she thought about, now that he was letting her go, she wanted him to go with her.

Just as she stepped from the shower the fax dinged. Amy’s heart sank at the standard, formal sheet, telling her the schedule, what to wear, when to be ready. Back to business as usual. No more playing, she was just the hired help. Dashing the tears from her eyes Amy dressed as directed and planned her trip to shore. To add insult to injury, when she arrived back at his office the steward was waiting for her. Mr. Drake was on an important call and could not be interrupted. She was to deliver a package of documents to an attorney in town and carry the signed final copy back. Refusing to let him see her wounded pride, Amy took the packet and left on the launch, her mind racing with plans. 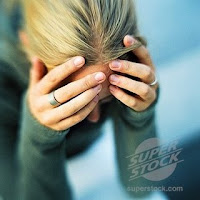 At the attorney’s office there was a small delay, taking this opportunity she dashed a quick note to Mr. RJ Drake, letting him know that she was not interested in returning to the “bargain”, and had it added to the packet to be delivered to the launch driver at the dock. It would be a few hours before he knew she had left, plenty of time to get a flight off of the island. In the back of the cab, she sobbed all the way to the airport, and wondered where to go.

RJ had the entire boat in an uproar the moment she left. He could only count on a few hours before she returned and everything had to be perfect. The jeweler had a selection of rings; it took forever to choose the perfect one. The florist was decorating the cabin and private deck with the flowers they had enjoyed on the island. The champagne was chilling and he ordered a selection of food that could be easily eaten in bed. The attorney was to call when she was leaving so they would ready. Obsessing over each detail he treated this the same as any other take over or merger. He was planning for the rest of his life here, it all had to be perfect.

The call from the attorney was an embarrassment, the copy of her note they faxed to him was devastating. It was all an act, she was walking out just like his wife. Hurt and angry, he called a friend at the airport and arranged to have her detained. She may be finished with him, but he wasn’t quite finished with her.


What a place to stop! But there is one more part so we'll finish up next week and then an old friend has come back to share some stories with us. For now I'll just thank Annie again and wait for next week. If you have a story to share please send it to elisspeaks@yahoo.com